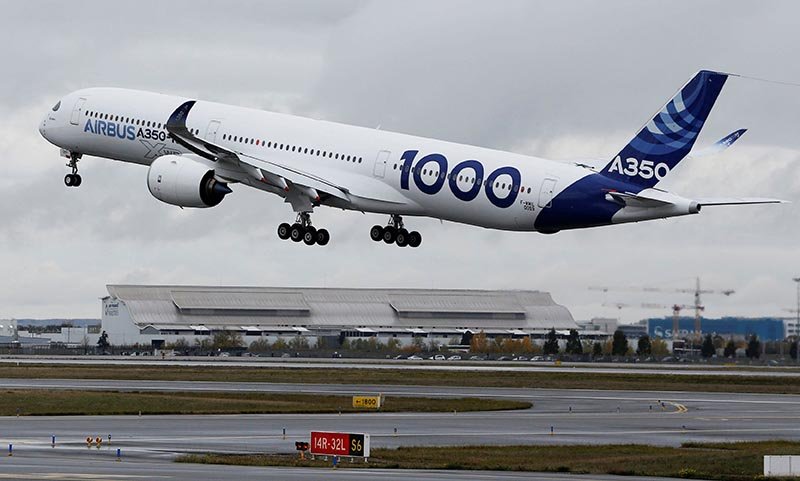 The A350-1000, the newest member of Airbus’ leading Widebody family, has successfully completed its Functional & Reliability testing, bringing the aircraft a step closer to Type Certification in November 2017. The first customer delivery to Qatar Airways will follow in the coming weeks.

The Functional and Reliability Testing took the flight test aircraft, MSN065, across Europe and South America. The A350-1000 completed its exercise after landing in Toulouse, France on November 1st (07:00 UTC) coming from Barranquilla, Colombia. In less than two weeks the aircraft flew approximately 35,200 nm / 65,200 km representing 150 flight hours, as per certification requirements.

The A350-1000 test flight was operated by Airbus flight test crews with the participation of Airworthiness Authority pilots from the European Aviation Safety Agency (EASA).

The A350-1000 is the latest member of Airbus’ leading widebody family, showing high level of commonality with the A350-900 with 95% common systems part numbers and Same Type Rating. As well as having a longer fuselage to accommodate 40 more passengers than the A350-900 (in a typical 3-class configuration), the A350-1000 also features a modified wing trailing-edge, new six-wheel main landing gears and more powerful Rolls-Royce Trent XWB-97 engines. Along with the A350-900, the A350-1000 is shaping the future of air travel by offering unprecedented levels of efficiency and unrivalled comfort in its ‘Airspace’ cabin. With its additional capacity the A350-1000 is perfectly tailored for some of the busiest long-haul routes. To date 11 customers from five continents have placed orders for a total of 169 A350-1000s.