Airbus experts are flying from Toulouse to Karachi today for investigation 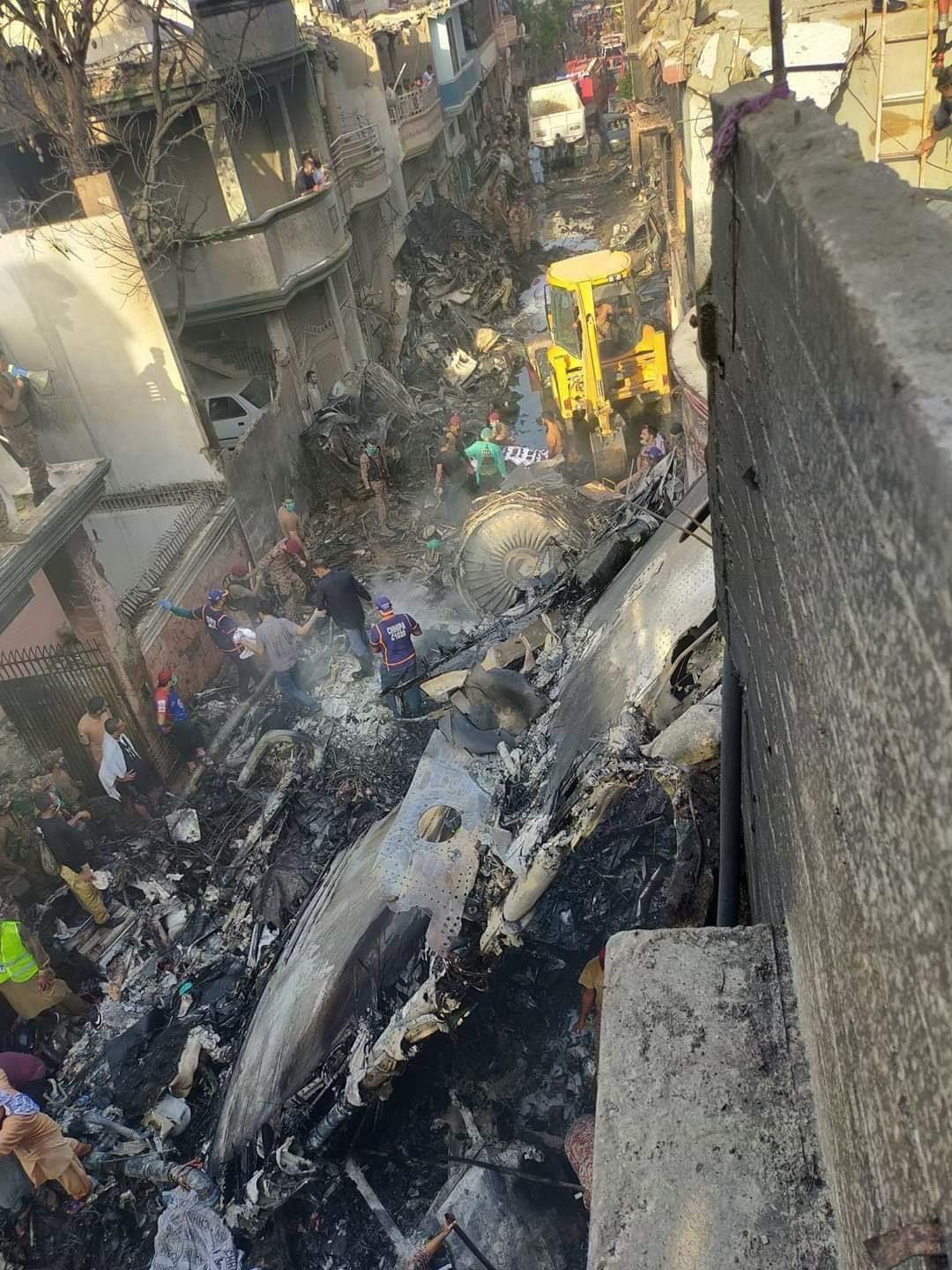 An Airbus team will arrive in the southern port city on Monday to investigate the recent crash of one of its own manufactured aircraft.

Airbus will run an independent investigation into the plausible reasons for PIA A320 crash into a narrow residential street in Karachi on Friday.

Due to the arrival of the Airbus team, the transfer of objects from the site of the incident has been halted.

Pakistan International Airlines and Air France will also assist the plane manufacturer in the investigation. 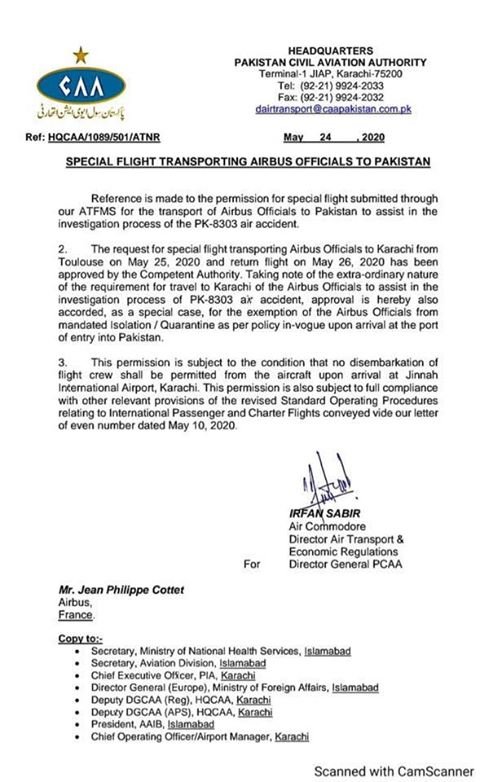 In a recent letter issued on Sunday to all airlines operating the A320 narrow-body jets, Airbus said will provide full technical cooperation to the PIA, Air France, and engine manufacturer CFM International after the crash.

It said the aircraft’s registration and manufacturer serial numbers were APBLD and 2274, respectively. The plane was handed over to the PIA in 2014 and had completed 47,100 flight hours and 25,860 flight cycles until its crash, it added.