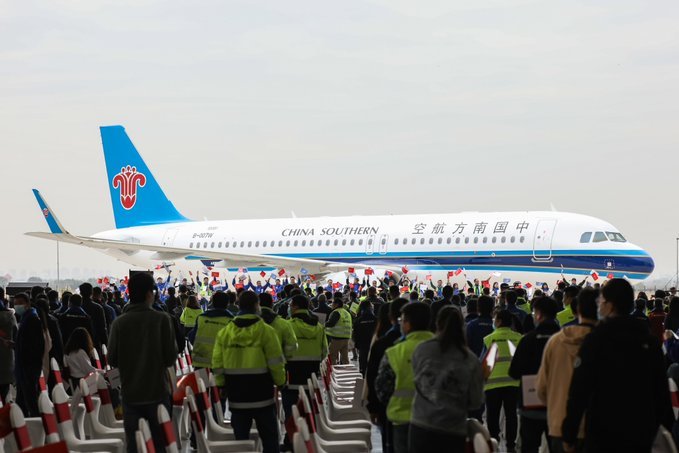 Airbus China has delivered the 500th A320 aircraft from its Final Assembly Line in Tianjin Municipality. The Airbus A320neo was delivered to China Southern Airlines.

This 500th China-built A320 will be the 35th A320neo in China Southern’s fleet. The aircraft with registration B-30FX will be the carrier’s 141st Airbus A320 family aircraft.

“The delivery of the 500th A320 Family aircraft assembled in Tianjin is an important achievement of Airbus in China. It is a testimony of the excellent industrial cooperation between the Chinese aviation industry and Airbus, underlining all partners’ long-term commitment to the buoyant China market.”

“It took our Tianjin final assembly line four years to deliver the first 100 A320 family aircraft, while from the 400th aircraft to the 500th, it only took two years. It shows the speed of China.”