Airbus opens a new A320 structure assembly line in Hamburg 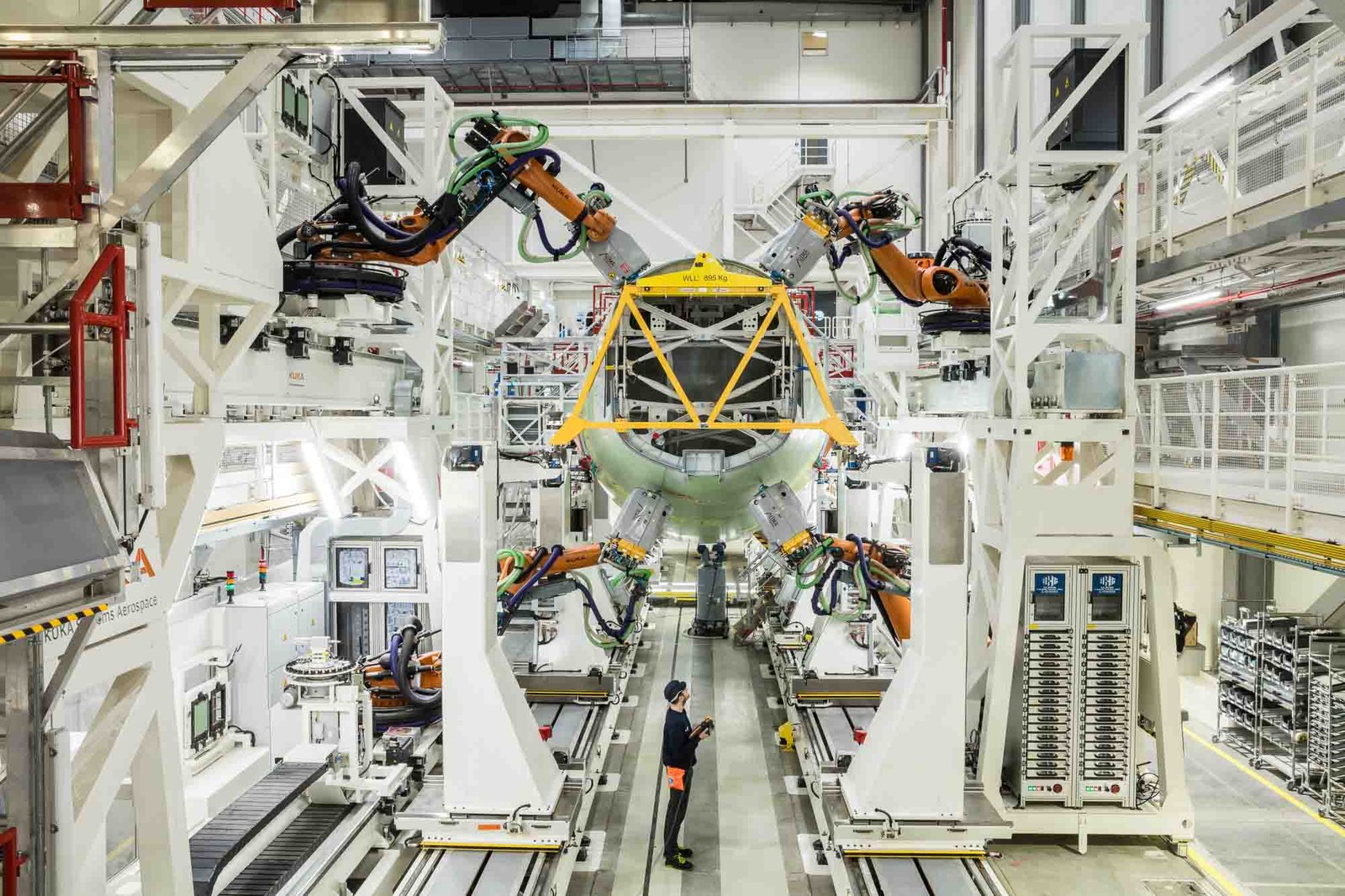 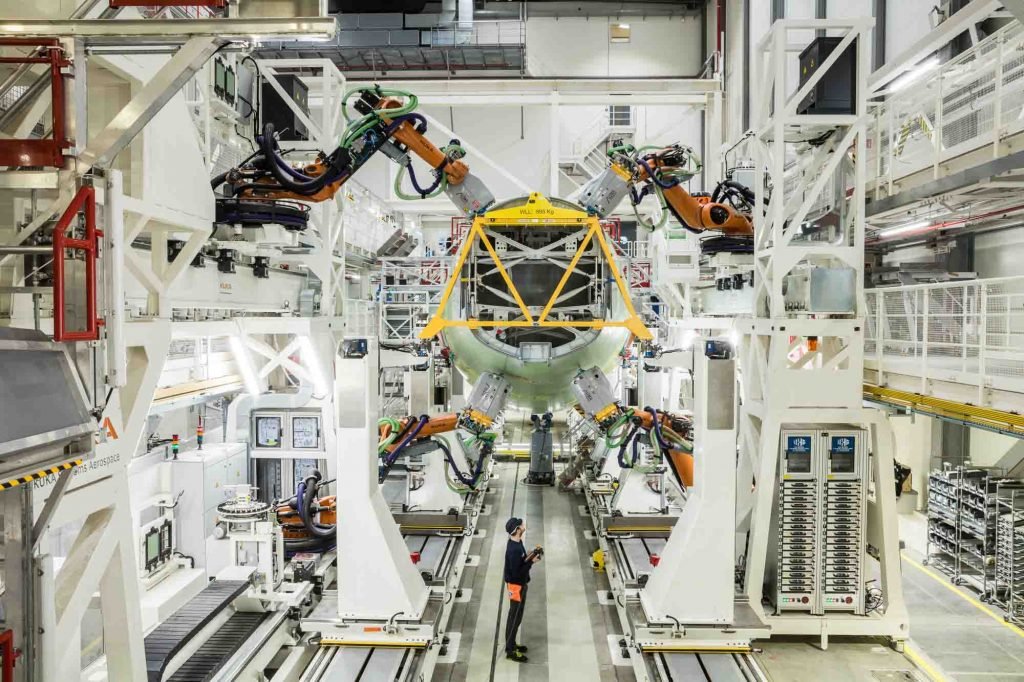 With a special focus on manufacturing longer sections for the A321LR, the new facility features 20 robots, a new logistics concept, automated positioning by laser measurement as well as a digital data acquisition system. These will further support Airbus’ drive to improve both quality and efficiency while bringing an enhanced level of digitalisation to its industrial production system.

For the initial section assembly, Airbus is using a modular, lightweight automated system, called “Flextrack”, with eight robots drilling and counter-sinking 1,100 to 2,400 holes per longitudinal joint. In the next production step, 12 robots, each operating on seven axes, combine the centre and aft fuselage sections with the tail to form one major component, drilling, counter-sinking, sealing and inserting 3,000 rivets per orbital joint.

The Hamburg structure assembly facility is responsible for joining single fuselage shells into sections, as well as final assembly of single sections to aircraft fuselages. Aircraft parts are equipped with electrical and mechanical systems before eventually being delivered to the final assembly lines in France, Germany, China and the US.