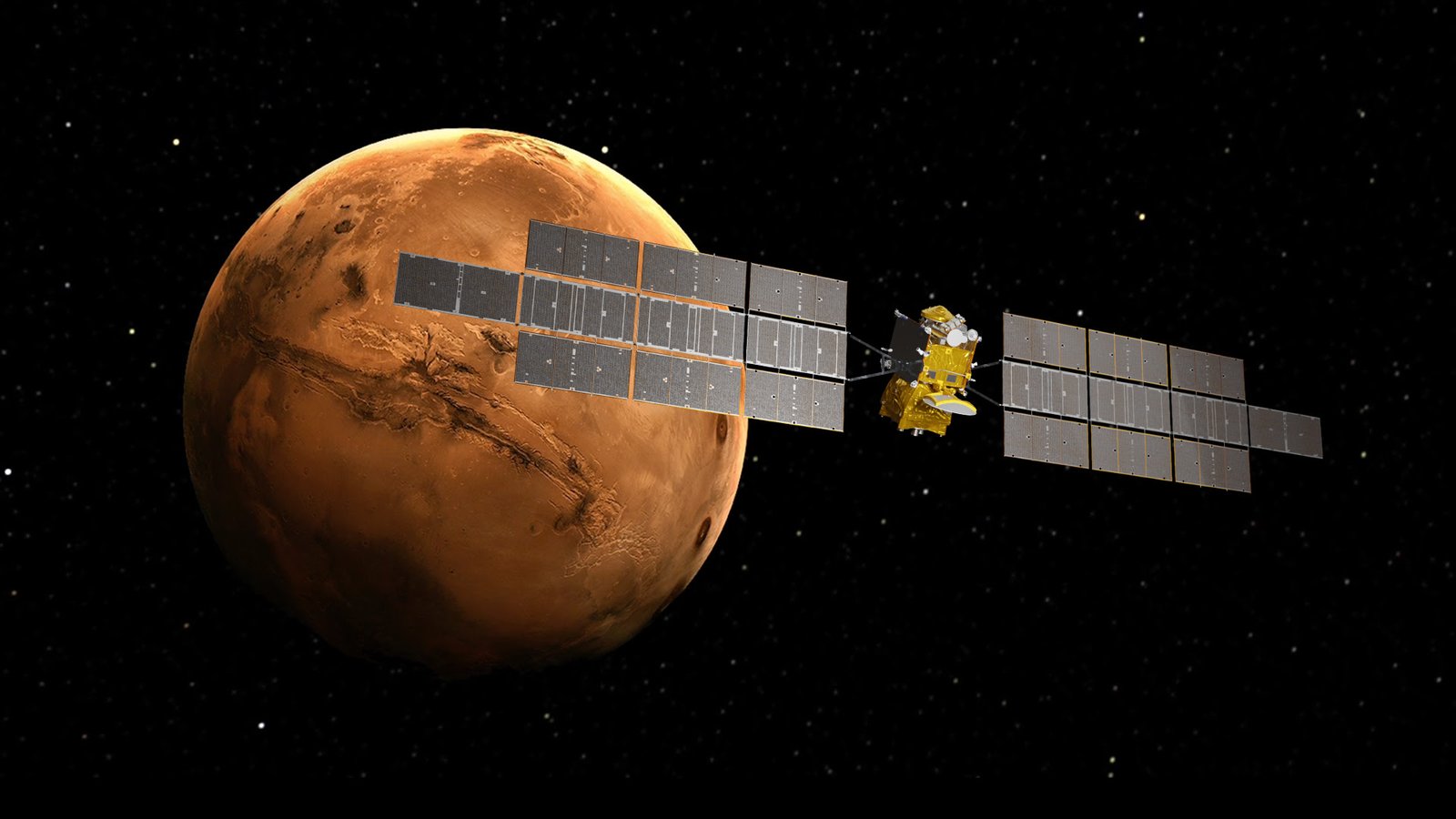 Airbus has been selected by the European Space Agency (ESA) as prime contractor for the Mars Sample Return’s Earth Return Orbiter (ERO) – the first ever spacecraft to bring samples back to Earth from Mars.

Mars Sample Return (MSR) is a joint ESA-NASA campaign and the next step in the exploration of Mars. ERO and the Sample Fetch Rover (SFR) are the two main European elements of MSR, both are set to be designed and built by Airbus. A manipulating arm, referred to as the Sample Transfer Arm (STA), that will transfer the samples from the SFR to the Mars Ascent Vehicle (MAV), is the third European contribution to the MSR program. The value of the ERO contract is € 491 million.

The five year mission will see the spacecraft head to Mars, act as a communication relay with the surface missions, perform a rendezvous with the orbiting samples and bring them safely back to Earth. Prior to launch from the Mars surface onboard the MAV, the Martian samples will be stored in sample tubes and collected by the SFR, for which Airbus has already commenced the study phase.

For ERO, Airbus will use its autonomous rendezvous and docking expertise built up over decades of experience in optical navigation, using technologies from the successful ATV (Automated Transfer Vehicle) and recent developments from JUICE, Europe’s first mission to Jupiter.

To be launched on an Ariane 6 in 2026, the 6 ton, 6 m high spacecraft, equipped with 144m² solar arrays with a span of over 40 m – some of the biggest ever built – will take about a year to reach Mars. It will use a mass-efficient hybrid propulsion system combining electric propulsion for the cruise and spiral down phases and chemical propulsion for Mars orbit insertion. Upon arrival, it will provide communications coverage for the NASA Perseverance Rover and Sample Retrieval Lander (SRL) missions, two essential parts of the MSR Campaign.

For the second part of its mission, ERO will have to detect, rendezvous with, and capture a basketball-size object called the Orbiting Sample (OS), which houses the sample tubes collected by SFR; all this over 50 million km away from ground control. Once captured, the OS will be bio-sealed in a secondary containment system and placed inside the Earth Entry Vehicle (EEV), effectively a third containment system, to ensure that the precious samples reach the Earth’s surface intact for maximum scientific return. It will then take another year for ERO to make its way back to Earth, where it will send the EEV on a precision trajectory towards a pre-defined landing site, before itself entering into a stable orbit around the Sun.

After landing, the samples will be transferred to a specialised handling facility where they will be quarantined. Once the sample tubes are opened, initial measurements will be taken to generate a detailed catalogue, enabling specific parts of the samples to then be targeted for specialist science investigations.

The NASA-led SRL is to be launched in 2026 and comprises a surface platform with a European robotic Sample Transfer Arm (STA), the Sample Fetch Rover (SFR), and a Mars Ascent Vehicle (MAV). The surface platform will land in the near vicinity of the sample tube depot in the Jezero crater. SFR will navigate, locate and collect the sample tubes, and return to the lander platform. The STA will transfer the sample tubes into the Orbiting Sample (OS) then load the OS aboard the MAV. The MAV will launch the OS into Mars orbit, where ERO will be waiting to rendezvous and capture it.

The ESA-led Earth Return Orbiter (ERO) is also to be launched in 2026 and will have onboard the NASA-led Capture, Containment and Return System (CCRS), which will handle and bio-seal the OS as well as provide the Earth Entry Vehicle (EEV). ERO will arrive in Mars orbit on time to provide communications coverage for the SRL entry, descent and landing, surface operations, and the MAV launch placing the OS into Mars orbit. ERO will have to detect, rendezvous with, and capture the OS. The OS will then be bio-sealed and transferred to the EEV before ERO heads back to Earth.

Upon approach to Earth, ERO will release the Earth Entry System on an Earth entry trajectory. After landing in the desert of Utah, the samples are transferred to a sample receiving and curation facility.