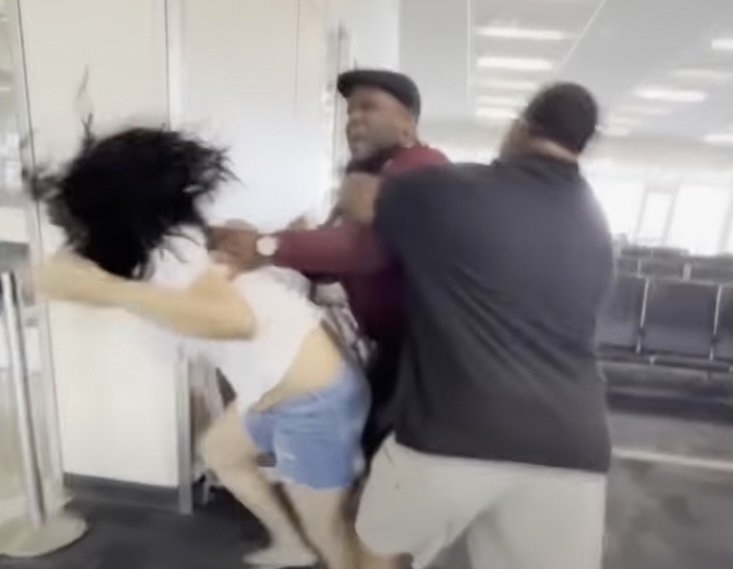 A Texas airline agent was suspended Friday after being caught in a wild viral video trading blows with a woman who yelled racial and homophobic slurs at him.

The unidentified Spirit Airlines representative was seen at the start of the 90-second clip squaring up to the female passenger at Dallas-Fort Worth International Airport (DFW).

“You have lost your mind! Don’t touch me ever in your life!” he screams at the denim shorts-wearing woman as she tries to back away from him in the video, seen nearly 6 million times since first being posted Thursday.

The agent continues to scream about her touching him and getting in his face, following her as she keeps trying to back away.

As a man tries to separate the pair, the woman pushes the agent and calls him a “dumbass” N-word. She then reaches over and slaps him in the head with an overhand right.

To gasps from onlookers, the agent pushes passed the man trying to block him — launching a flying tackle on his foe, wrestling her to the ground.

He follows her as she gets up, throwing a punch to her head before others again rush in to separate the brawling pair, the clip shows.

“Everybody! Back up from me!” the agent yells as he stalks after her again, warning that she “got the wrong person” to fight with.

Spirit Airlines confirmed on Twitter Friday that it was “aware of this altercation.”