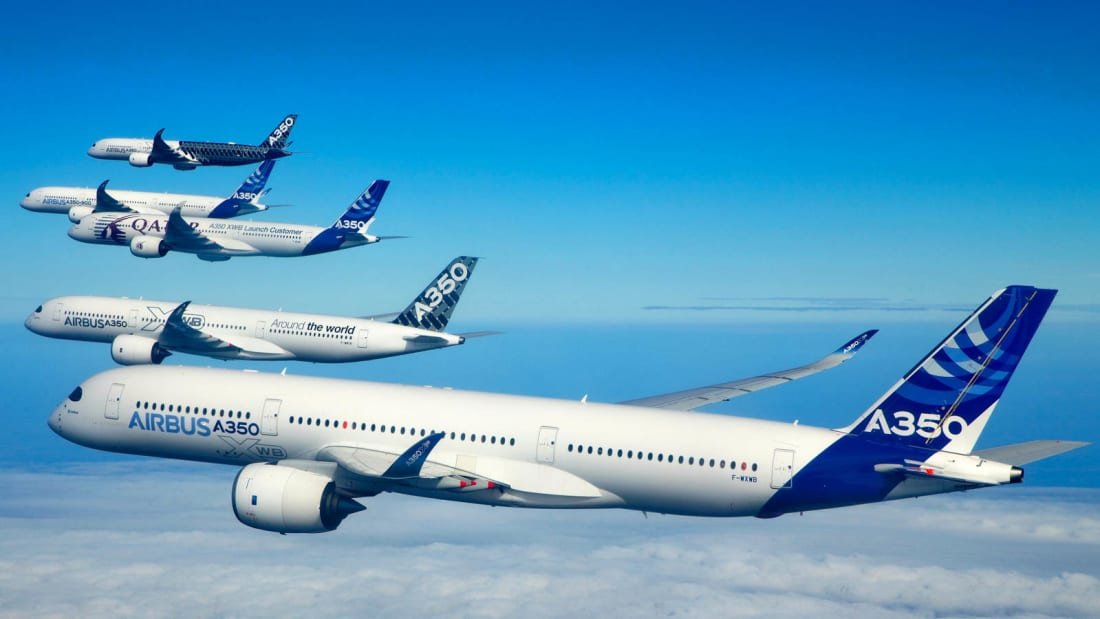 Airliners could reap fuel savings of up to 10 per cent — along with a corresponding decrease in emissions — by flying in formation like birds.

The concept, which the European aerospace firm has dubbed fello’fly, will see planes fly relatively close behind one another.

This allows the trailing aircraft to take advantage of the vortices of rotating air left behind by the leading plane’s wing tips — a technique borrowed from geese known as ‘vortex surfing’.

Tests involving two of Airbus’ A350 aircraft will begin this year, and move to trial runs in oceanic airspace as early as 2021, the firm said.

If successful, the firm hopes to add the manoeuvres to regular service by around 2015 — a move that could cut aviation CO2 emissions by 3–4 million tons per year. 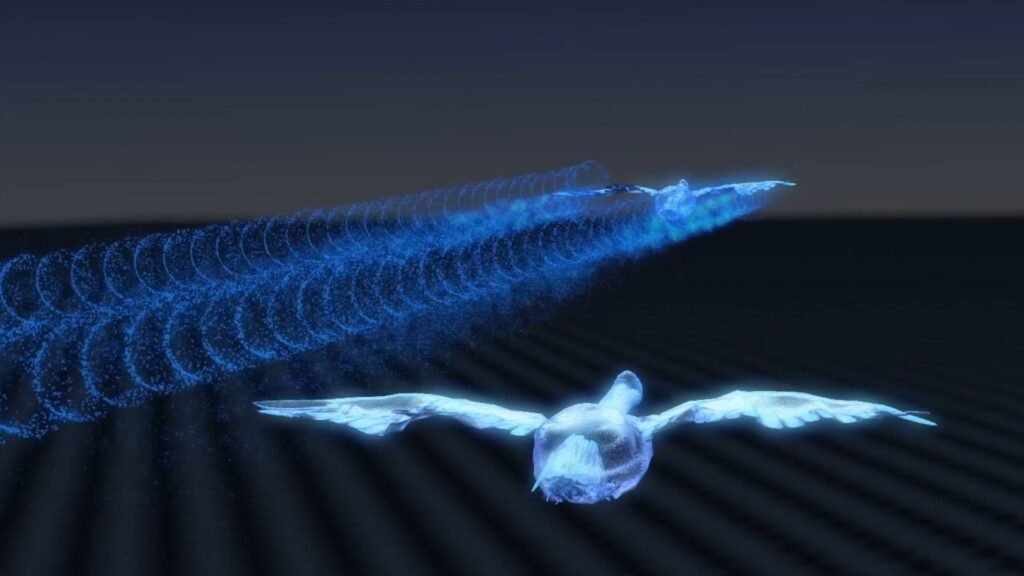 Vortex surfing, also known as ‘wake energy retrieval’, allows an aircraft to recover energy ‘lost’ by the craft in front of it by getting ‘free lift’ on the updraught created around the leading plane’s wake.

The wake itself, in the form of two vortices shed by an air craft’s wingtips, can be dangerous, and has the potential to flip other, smaller aircraft if they fly too close to the plane generating the wake.

Ordinarily when flying in so-called ‘oceanic airspace’, airlines keep some 30–50 nautical miles (55–90 kilometres) apart from each other along a given flight path, alongside maintaining a 1,000 feet (305 metre) vertical separation for safety.

In a fello’fly manoeuvre, however, once both craft have passed the so-called ‘way point’ and entered oceanic airspace, they will close their horizontal distance to 1.5 nautical miles (3 kilometres).

Airbus last week announced a partnership with two airlines — French Bee and Scandinavian Airlines — along with the UK, French and European air navigation service providers to demonstrate the feasibility of the fello’fly concept.

Frenchbee and SAS will provide airline expertise in flight planning and operations for the collaborative requirements necessary for bringing together aircraft before and during a fello’fly operation. DSNA, NATS and EUROCONTROL will contribute air navigation expertise defining how two aircraft can be brought safely together, minimising impact on today’s procedures. In parallel Airbus will continue working on the technical solution to assist pilots in ensuring that aircraft remain safely positioned.

Under the agreements, Airbus, Frenchbee, SAS, DSNA, NATS and EUROCONTROL will develop a safe and realistic concept of operations (CONOPS) necessary to shape future operational regulations for fello’flights. Flight testing will take place throughout 2020 using two Airbus A350 aircraft, with the involvement of the airlines and ANSPs as early as 2021 in an oceanic airspace.