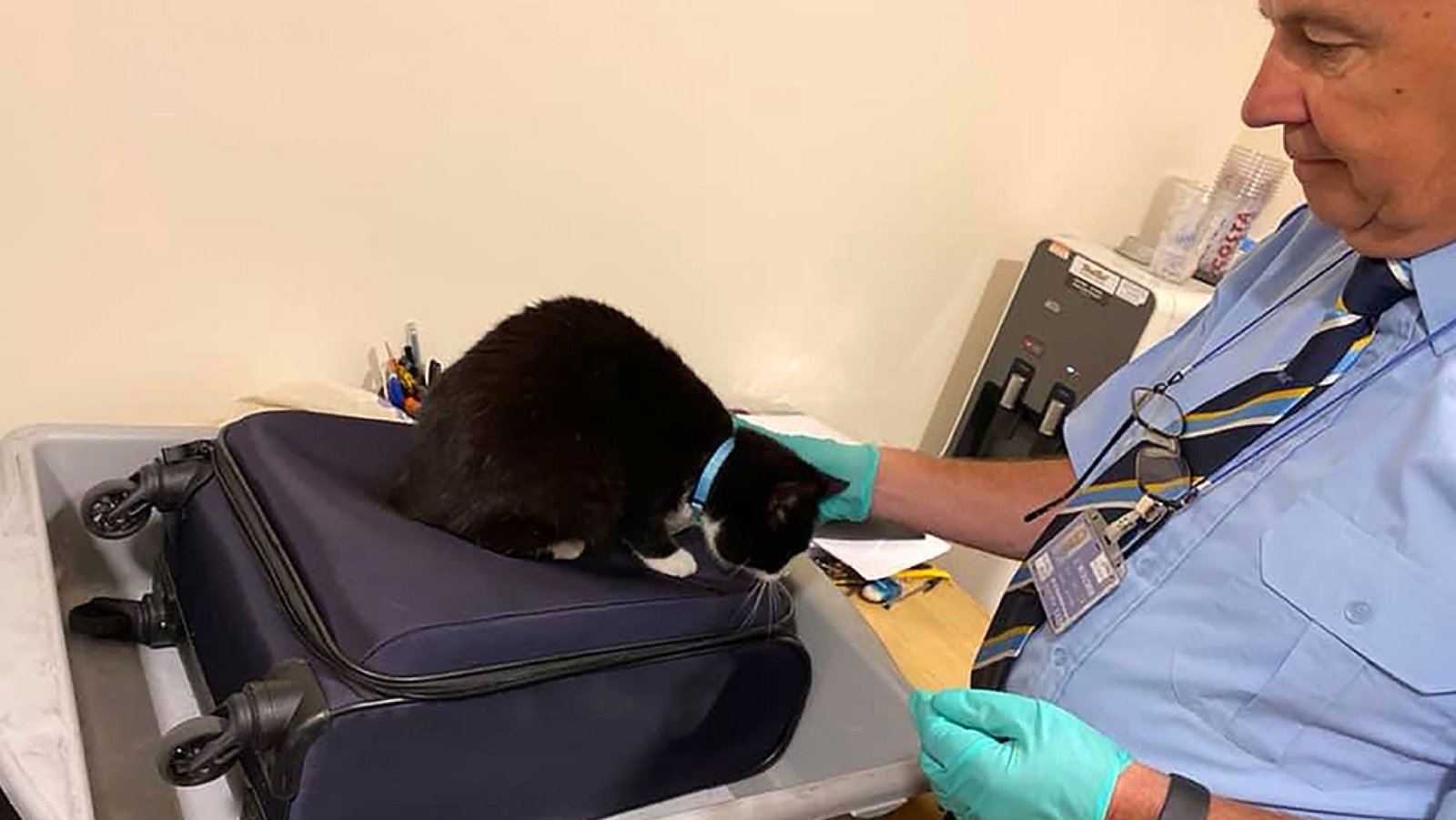 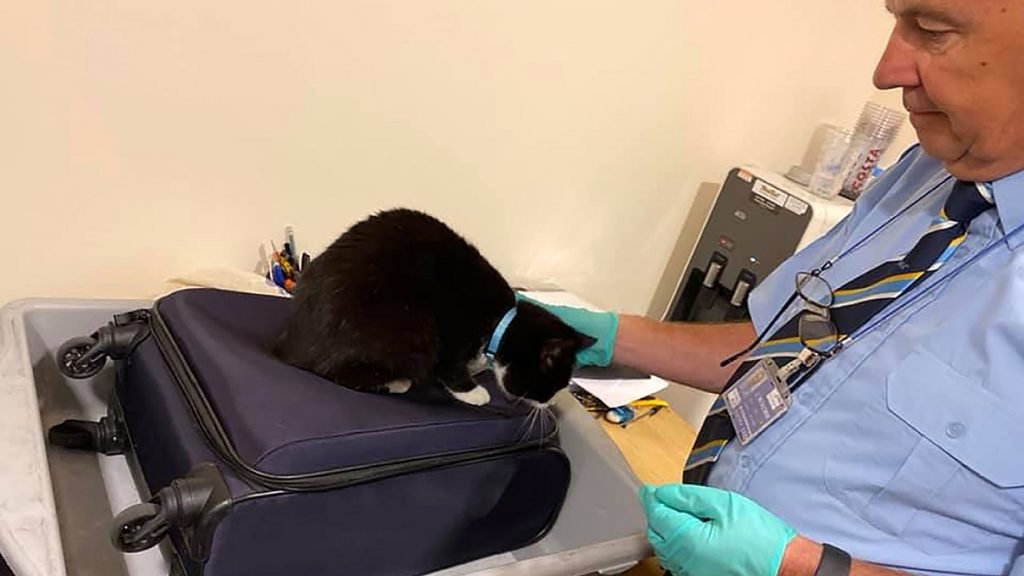 Airport security workers in the U.K. were likely shocked to free a fearless feline from luggage scanned before a recent flight to New York after the cat had stowed away in her owner’s bags, packed for the transatlantic trip.

Nick and Voirrey Coole were “totally shocked” to be pulled aside by security screeners last week while preparing to board their flight from the Isle of Man Airport en route to New York to celebrate Nick’s 40th birthday, The Independent reports.

Officials pressed the Cooles for answers, asking if they knew what was in one of their hand luggage bags after it had been through the scanner. The surprise, sudden inquiry left the couple perplexed.

Nick explained that their black cat, named Candy, is always on the hunt for tight places to hide in, like bags and boxes, though they were stunned that she successfully hid in their bags for the airport.