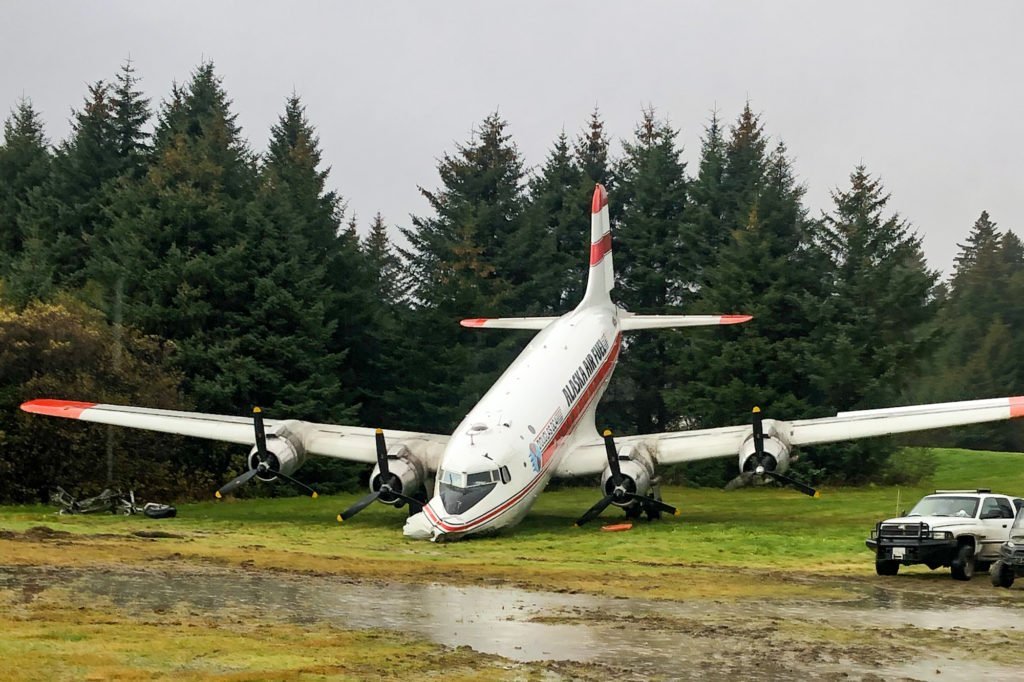 Images of the scene show damage to the Douglas DC-4 (reg. N96358) cargo plane’s nose, with the front landing-gear wheel detached and lying on the grass nearby. Although the plane was carrying fuel, there was apparently no fuel spillage as a result of the accident.

On Oct. 6, after the unpaved airstrip was damaged in a separate event, the FAA issued a notice warning pilots against landing at a weight of over 5,000 pounds and without high-flotation landing gear suitable for use on soft surfaces. Under these conditions, an aircraft that would have been capable of landing at the Cape Yakataga airstrip under normal conditions could end up running off the runway due to being too heavily laden.

The Alaska Air Fuel only aircraft was built in 1944.