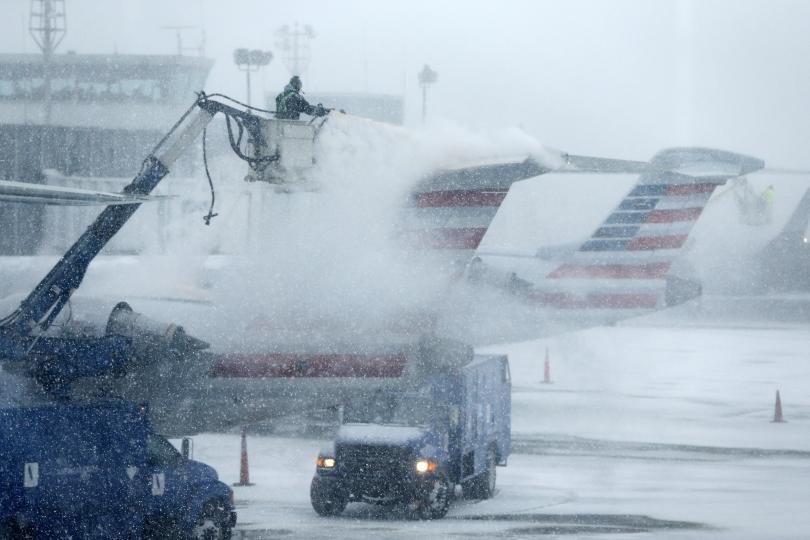 Nationwide, 2,779 flights had been canceled as of 7 a.m. ET, according to flight-tracking service FlightAware. The vast majority of those cancellations were announced on Wednesday, with airlines preemptively grounding flights in anticipation of the storm.

Some airlines had already begun to cancel flights for Friday, with nearly 70 flights grounded as of 7 a.m. ET on Thursday. Most of those came at Boston, which was expected to be among the cities hardest hit by the storm. Others were scattered around New York and the Northeast, though additional disruptions appeared likely.

“We expect today and tomorrow to have more cancellations as airlines finalize their plans and then assess the impact on how quickly they can recover tomorrow,” FlightAware CEO Daniel Baker said in a statement. “It appears that most airlines expect to recover overnight and into tomorrow morning so that they can operate as much of a normal schedule as possible on Friday.”