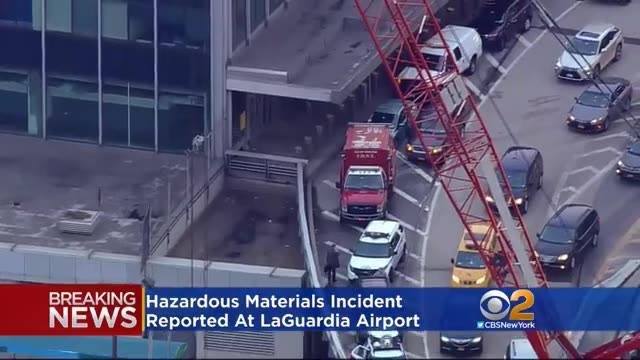 At least three TSA workers were hurt after being exposed to a food substance in what’s being described as a hazardous material incident at LaGuardia Airport.

It happened just before 6 a.m. Wednesday at Terminal B.

The three TSA workers were exposed to a food substance and were complaining of eye irritation near one of the check-in areas. The terminal itself was closed for about a half hour, but it has since reopened.

No passengers were hurt.