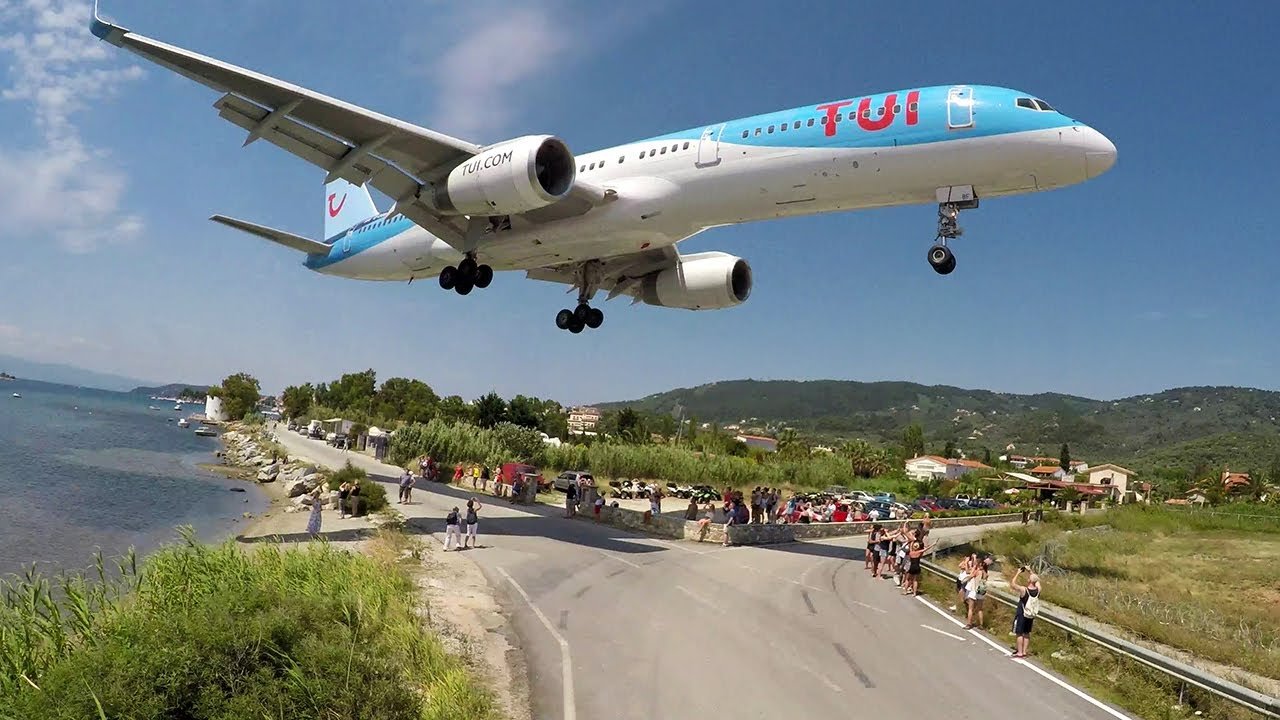 A boy has been injured after he was blasted almost 10 metres through the air by the engine of a passenger jet at an airport in Greece.

The British boy, 12, was standing next to a fence at Skiathos Airport, where crowds often gather to watch planes take off and land.

But as the TUI plane took off bound for London, the powerful engine sent the boy flying about 10 metres into the air before he came to land on the sand.

He was taken to a nearby medical centre for emergency treatment before being transferred to Achilopouleio Hospital in Volos.

The Sun reported medics claimed the incident could have turned deadly if the boy had landed on another surface. The boy was holidaying in Greece with his dad.

Thousands of plane-spotting tourists each year gather outside Skiathos Airport to experience the blast of the jet turbines as the aircraft fly low overhead.

Despite the airport’s short and narrow runway, the island serves large commercial jets, with some airlines requiring pilots to have extra training to manage the unique landing.