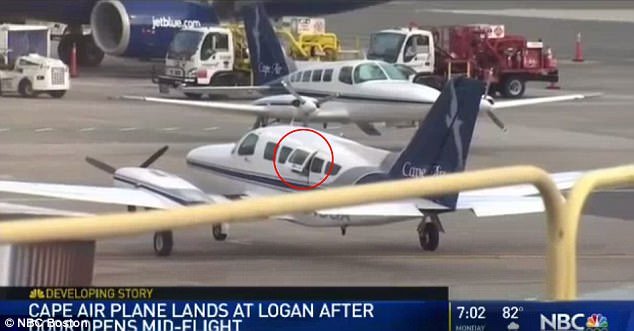 A Cessna 402 traveling from Maine to Boston had to make an emergency landing because one of its cabin doors opened in midflight.

The Portland Press Herald reported nine passengers and the pilot were on a Cape Air flight traveling from Rockland on Wednesday when the top section of the boarding door opened.

Cape Air spokeswoman Michelle Haynes said air rushed into the cabin, but because the plane was flying at a low altitude it did not become pressurized and the passengers were not at risk.

The plane made the emergency landing at Logan International Airport around 4:15 p.m.