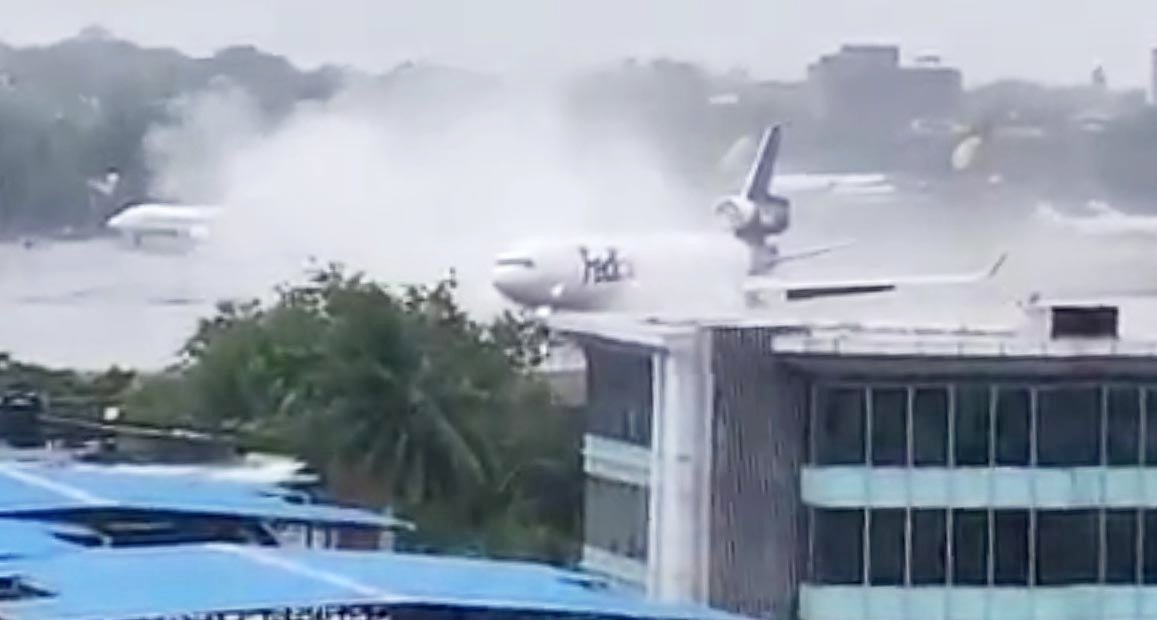 Mumbai Airport temporarily halted flight operations on Wednesday after a cargo aircraft was involved in a runway excursion or over shooting after landing.

A senior Mumbai Air Traffic Control (ATC) official said that there was a “minor excursion” and that the aircraft, a McDonnell Douglas 11 aircraft was “marginally outside the runway.” The incident took place at around 1 p.m. on the secondary runway 14/32 which was in use.

“There was no damage to the aircraft or runway and its lighting. The aircraft went slightly ahead due to the prevailing cyclonic conditions. As there is severe cross winds, we have suspended operations for the time being, “ the official said.

In a statement, a Mumbai International Airport Ltd spokesperson said, “CSMIA witnessed a runway excursion today with FedEx flight 5033 arriving from Bengaluru. The incident occurred when the MD11 aircraft landed on runway 14/32. The aircraft was towed away from the runway and there has been no disruption in flight operations.”