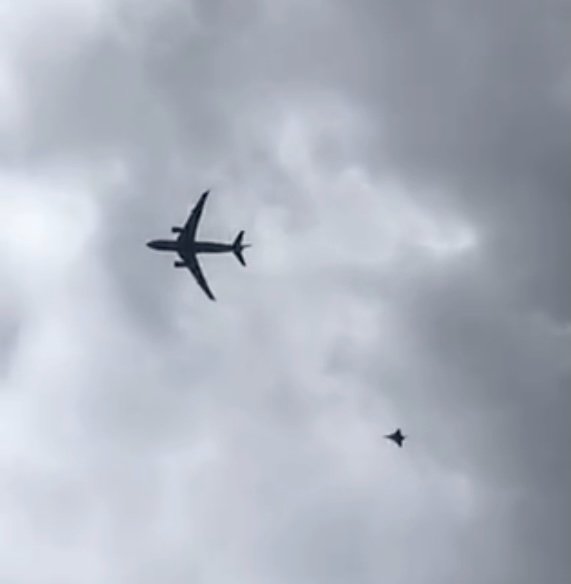 It was maybe not a good idea to plan a drill with the French Air Force over south of Paris on 9/11.

This Saturday in the middle of the afternoon, a plane which looked like an airliner was observed at very low altitude escorted by a fighter plane.

It actually was a French Air Force A330 MRTT Phenix, escorted by a Rafale fighter jet.

The head of government participated in this “refueling” exercise from Istres Air Base in south of France, not supposed to be a simulated interception.

The A330 MRTT Phenix was escorted by a Rafale fighter jet to Vélizy-Villacoublay Air Base.