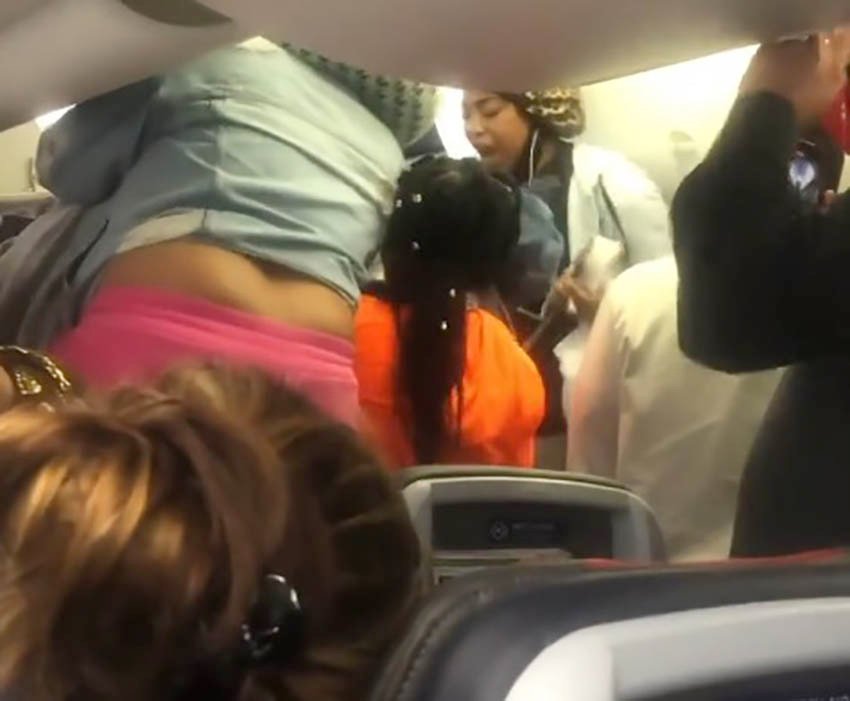 A video posted to social media shows the end of a fight among airline passengers, the kerfuffle reportedly happening as they got off the plane in Phoenix, the Arizona Republic.

It happened on American Airlines Flight 2275 from Los Angeles on Sunday. The plane arrived at Phoenix Sky Harbor International Airport around 6:28 p.m.

Passenger Annie Victoria Reso captured video of the scuffle from her seat and posted it on her Instagram account. In her post, Reso wrote that “reason for that fight…no concrete explanation.”

She told The Arizona Republic on Tuesday that the people involved had a misunderstanding over a seat assignment before the flight departed, though it appeared to her that the fight was over who would deplane first.

“American received a report of an alleged altercation between two customers while waiting to deplane from Flight 2275 from Los Angeles (LAX) to Phoenix (PHX),” Derek Walls, spokesman for American Airlines, confirmed in an emailed statement.

The airline provided no additional details about the incident. No airline personnel or passengers were reported to have been injured.