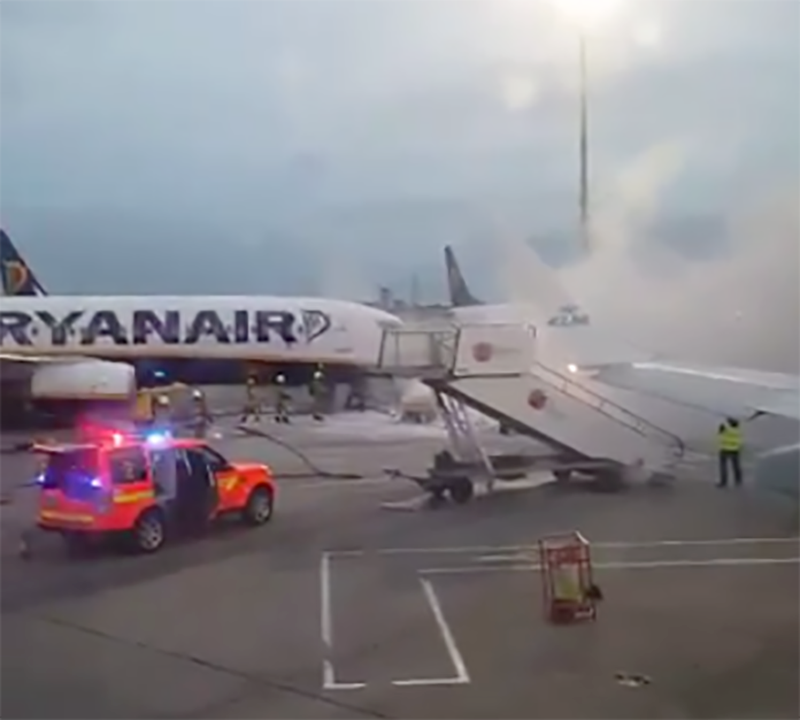 A small fire broke out on the tarmac at Dublin Airport on Sunday morning, but was quickly extinguished by firefighters.

According to the Dublin Airport Authority, the fire broke out at approximately 6am on Sunday morning, but nobody was injured and no aircraft were damaged as a result.

Footage recorded at the scene showed firefighters tending to a fire near a Ryanair plane and a KLM plane, with firefighters using foam to tackle the blaze.

“Our fire service extinguished a small fire in a ground power unit shortly after 6am this morning. Dry powder was used and this creates additional smoke making it appear more dramatic.

“Nobody was injured, and no aircraft were damaged. Two flights were delayed by about 30 minutes, but otherwise the incident had no impact on operations at the airport.”