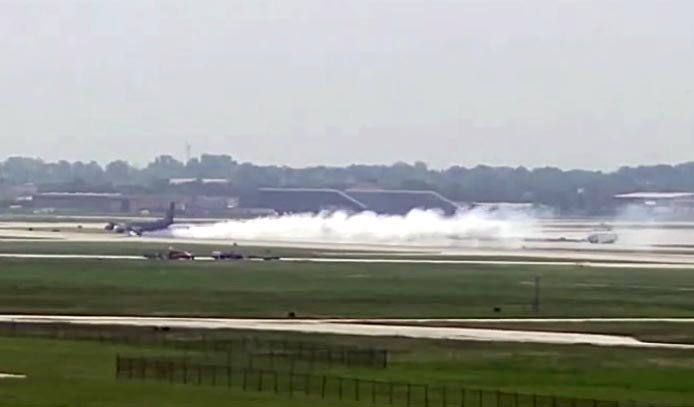 A military plane has had to make an emergency landing Wednesday afternoon in Milwaukee after what was “believed to be a lightning strike.”

According to the 128th Air Refueling Wing of the Wisconsin Air National Guard, the in-flight emergency happened on the KC-135 plane Wednesday.

It landed at Mitchell International Airport at about 2:45 p.m., but two tires blew on the landing.

The airplane was disabled on the runway and would not initially be able to be moved until crews can change the tires on the plane.

There was no initial word on any injuries.