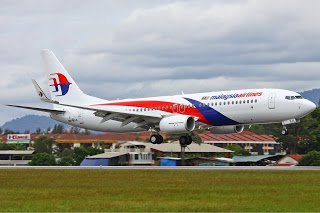 A Malaysian Airlines flight was forced to make an emergency landing in Bangladesh’s capital Dhaka on Wednesday night due to a bomb threat, according to an official source.

“Over suspicion of a bomb on board, the plane landed at Hazrat Shahjalal International Airport in Dhaka for emergency and we have been able to instantly evict all the 135 passengers,” airport police Ziaul Haq told Anadolu Agency over the phone.

He, however, confirmed that law enforcers and other concerned authorities of the airport searched the whole flight and luggage of the passengers to detect any threatening element.

“We have searched everything several times and have not found any explosive or other threatening materials,” Haq said, adding that they had just found one suspicious item but it turned out not to be something “harmful” after unwrapping.

Security measures have been beefed up in and around the main international airport of the South Asian country after the incident.

Haq said the flight will resume after search is completed, and until then all passengers will be kept at the airport terminal.