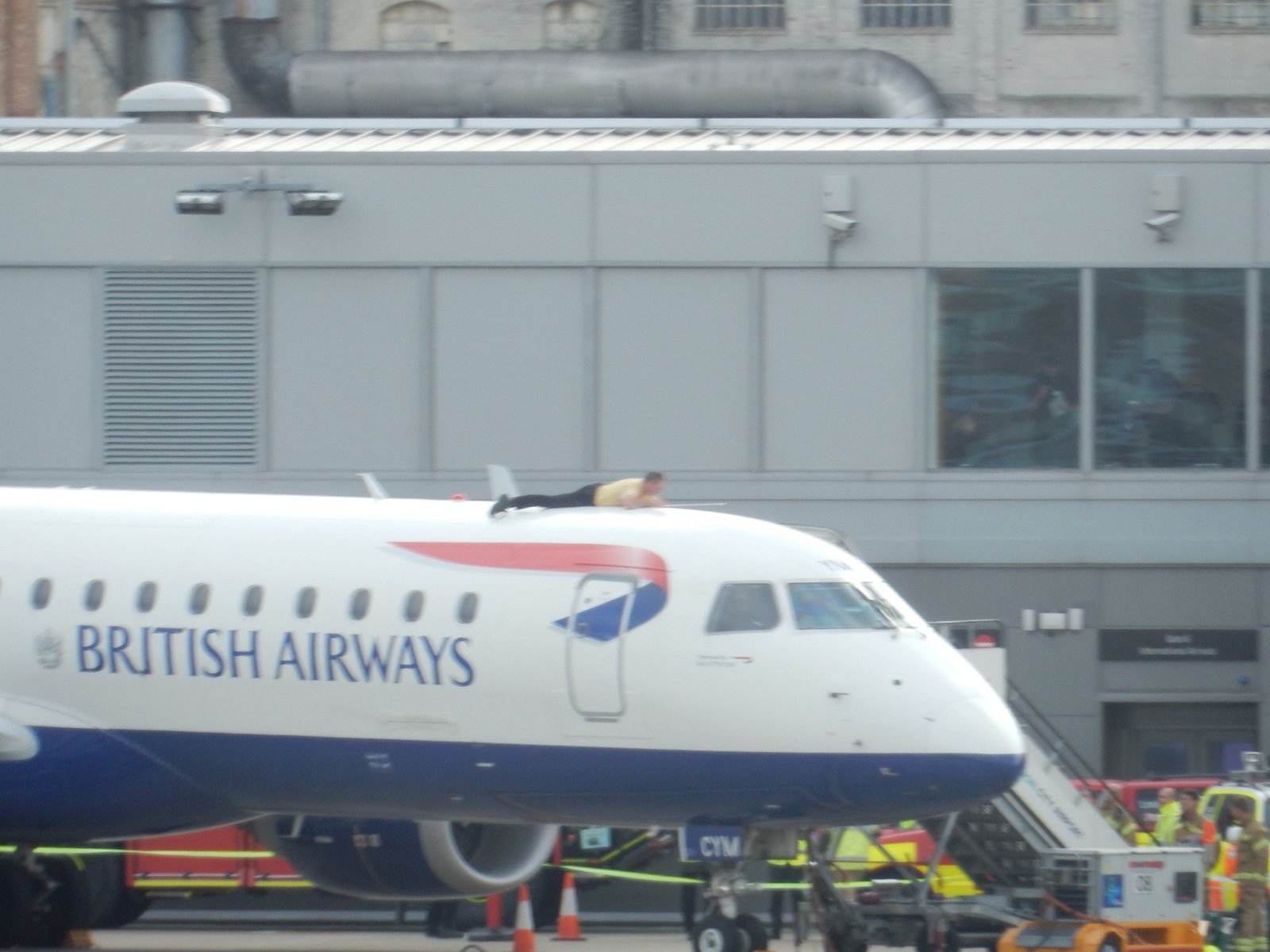 A climate change protester has climbed on to a British Airways plane preparing for take-off, as Extinction Rebellion activists seek to “shut down” London City airport.

Sources from the group have identified the activist as James Brown, a paralympian in his early fifties who is registered as visually impaired and won bronze in the London 2012 olympics for cycling.

He closed the feed adding “I’m going to have to stop, I’m too scared”.

Mr Brown, who was banned from paralympic cycling for two years following a doping violation after not submitting a sample to the Irish official body, is believed to have climbed on top of the plane during boarding.

The British Airways flight #BA8453 from London City to Amsterdam was canceled.