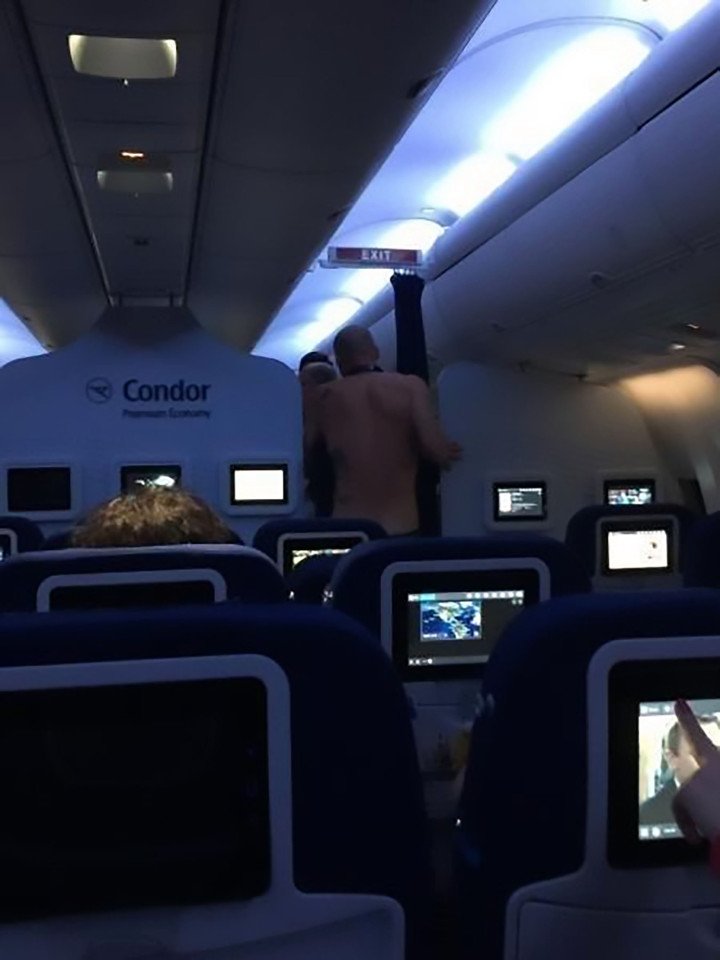 A man was arrested for allegedly threatening to kill passengers, including a toddler, on a flight and stripping off his clothes inside of the cabin, causing the plane to make an emergency landing.

A British national who lives in Mexico, was arrested last week when a flight by German charter airline Condor from Cancun, Mexico to Frankfurt, Germany, made an emergency landing in Jacksonville, Florida. The passenger, 34yo, is facing a federal assault charge for allegedly assaulting a flight attendant aboard the Condor Airlines flight that took off from Cancun.

The crew branded him a “problem passenger” because he was acting aggressively and demanded alcohol before the plane took off, according to reports.

Court documents stated that “about 60-90 minutes into the flight, a crew member was told that he threatened to kill another passenger and had “threatened and intimidated a 3-year-old child.”

He also allegedly took his clothes off and told passengers he was going to pee in the cabin.

The flight made an emergency landing in Jacksonville, Florida.