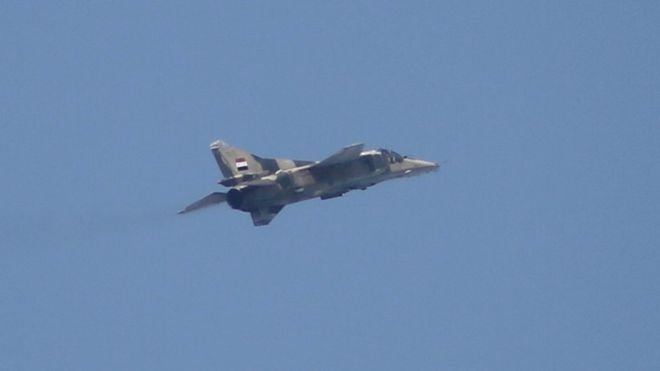 Turkish officials said that an aircraft believed to belong to the Syrian military crashed near the Turkey-Syria border Saturday, with the Syrian opposition claiming to Turkish media they were responsible for shooting the plane down.

Prime Minister Binali Yildirim told reporters that “we have information that a MIG model plane belonging to the Syrian regime” had crashed near the town of Samandag in Hatay province.

Hatay governor Erdal Ata told state-run Anadolu news agency that rescue teams had arrived at the wreckage and reported that the cockpit was empty, confirming earlier reports by local villagers who claimed to have observed the pilots ejecting.

Ata added that there had been no airspace violation and no intervention by Turkish forces.

Turkey’s prime minister said the plane, which he said was a MIG-23, had crashed near the town of Samandag in Hatay province.