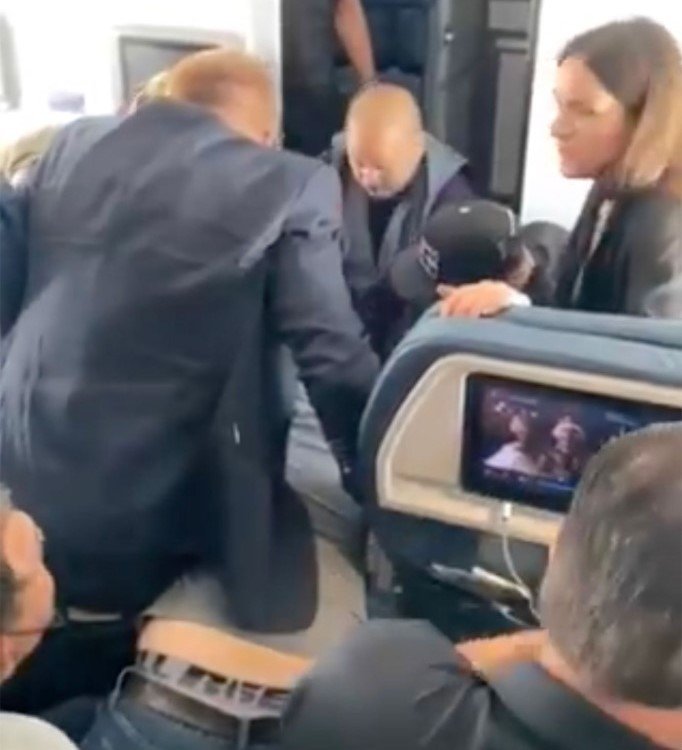 A Delta Air Lines Boeing 737 was forced to divert to Albuquerque International Airport after an unruly passenger tried to break into the cockpit.

The Boeing 737-900ER, with registration N830DN, was performing flight DL386 from Los Angeles, California, to Nashville, Tennessee, on Friday. Eventually, the flight diverted to Albuquerque, New Mexico, where the FBI was called to investigate.

The unruly passenger tried to breach the cockpit repeatedly, saying, “Stop this plane.” He was quickly taken down by fellow passengers, who the cabin crew members later assisted.

He was held to the ground barefoot and bound at the wrists and ankles by the cabin crew for about 20 minutes until the plane landed at the Albuquerque International Airport.

A total of 168 people, including six crew members, were on board the flight, and no one was hurt in the unusual event. In a statement, the airline said:

“Thanks to the crew and passengers of Delta Flight 386, LAX to Nashville, who assisted in detaining an unruly passenger as the flight diverted to Albuquerque. The aircraft landed without incident, and the passenger was removed by law enforcement.

“The passenger was not successful. The plane landed safely, and police and the FBI removed the passenger. He is in custody now.”