ALERT A passenger died on board Delta A350 #DL583 to Shanghai 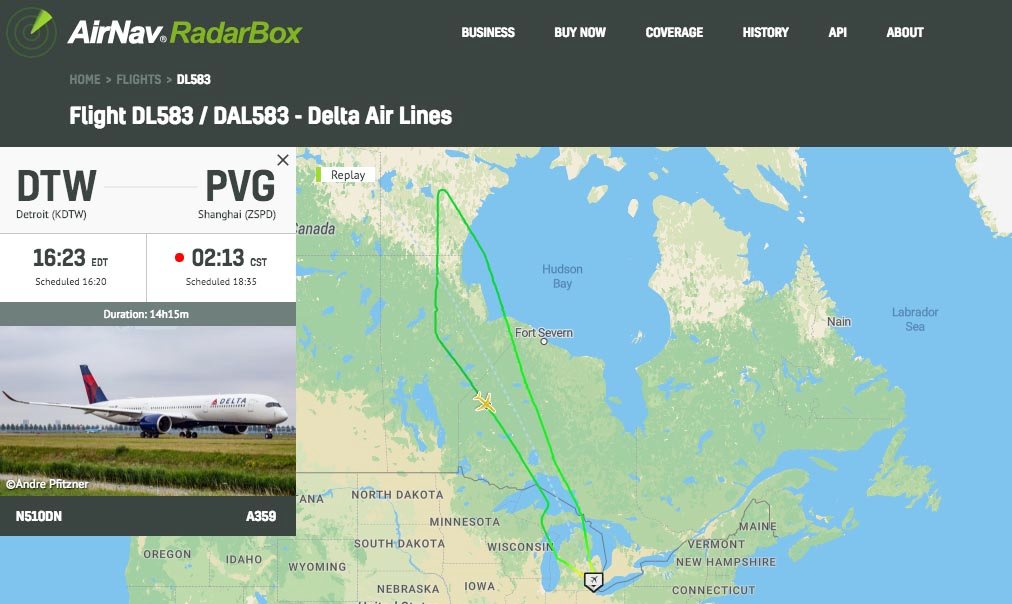 A passenger on a Delta Air Lines flight from Detroit, Michigan, to Shanghai, China, was unresponsive, causing the plane to return back to the airport Monday.

Upon landing at the airport, the passenger was declared dead. The Wayne County Medical Examiner’s Office said the passenger died of natural causes.

The passenger was suffering from hypertensive cardiovascular disease, which caused his death. The age and place of origin of the passenger were not immediately revealed, Detroit Free Press reported.

The Delta flight 583 took off from Detroit Metropolitan Airport for Shanghai around 4:25 p.m. EDT and the medical team pronounced him dead around at 7:15 p.m. EDT. After a “medical emergency was declared,” a Delta spokesperson said the flight decided to divert the plane back to the airport.

Airport spokeswoman Lisa Gass said Airport Authority’s Public Safety team responded to the airline’s request of medical assistance on the plane. Authorities determined that the passenger already died when the team arrived onboard.