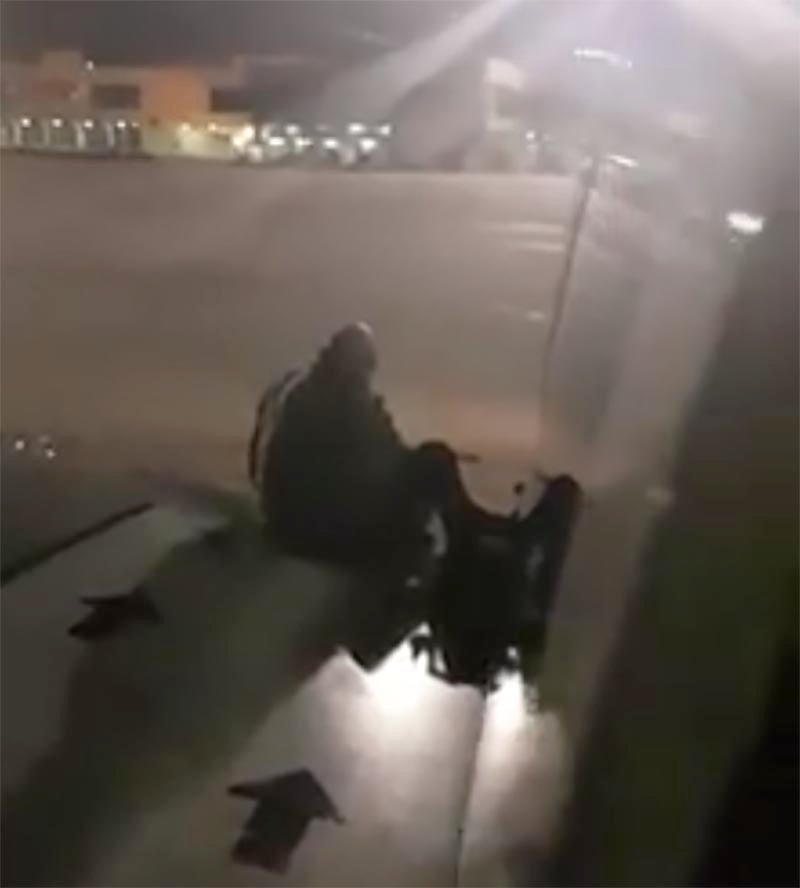 Bored by the delay, a passenger of Ryanair flight opened the emergency exit to leave the aircraft.

The Ryanair flight #FR8164 was initially delayed one hour at London Stansted and 30 minutes further at Malaga with passagers on board without any explanation from the crew.

A passenger decided to open the overwing emergency exit to leave the aircraft.

The man, reportedly a 57-year-old Polish national, remembered his hand luggage, but was eventually talked into getting back on board by anxious ground staff worried he was going to jump.

A spokesman for Ryanair said: “This airport security breach occurred after landing in Malaga airport on January 1st.

“Malaga airport police immediately arrested the passenger in question and since this was a breach of Spanish safety and security regulations, it is being dealt with by the Spanish authorities.