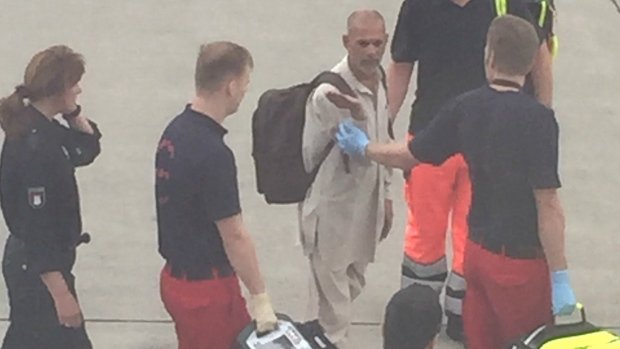 A Vancouver-bound Lufthansa flight was forced to divert from Munich to Hamburg after a passenger’s erratic behavior threatened safety, according to a fellow passenger.

Lufthansa officials confirmed that a passenger was removed and flight LH476 was diverted and forced to land in Hamburg where police are investigating.

“It was reported that there was a man in the back of the plane screaming and yelling and apparently tried to open the back door of the aircraft at 38,000 feet,” said first class passenger Dan Iosh.

“Apparently at the beginning of the flight he was being a little difficult, but they decided to take off, ” said Iosh, who said he listened to the drama unfold over the in-flight announcements.

“I guess once we got in the air he got more and more agitated and he tried to light up a cigarette. He was yelling and screaming,” said Iosh, who watched as the man was forcefully escorted from the Airbus A340-600 by paramedics and other officials.

The flight’s arrival in Vancouver has been delayed by three hours.