ALERT A RAF A400M suffered a birdstrike puncturing the fuselage 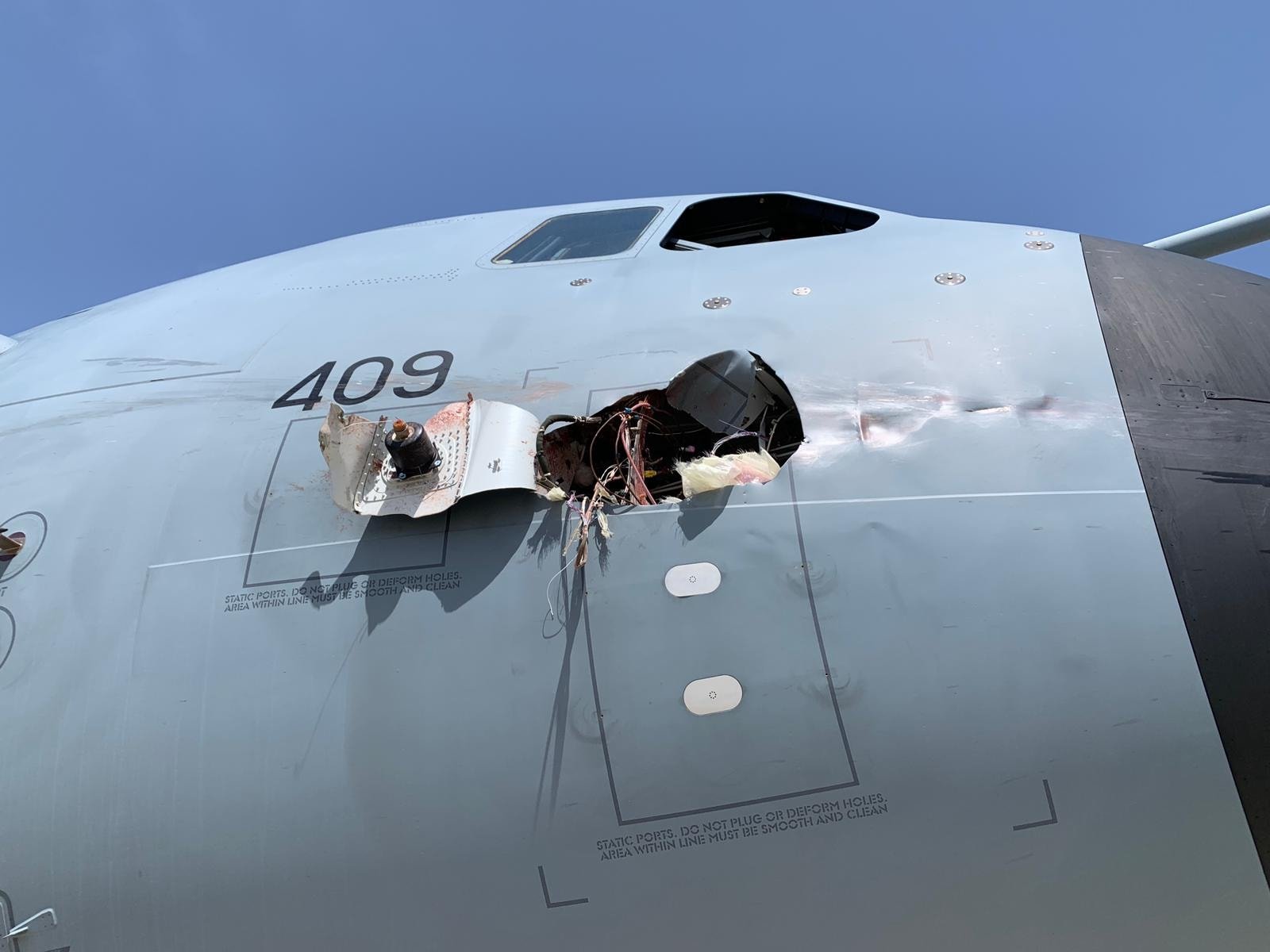 A Royal Air Force Airbus A400M military strategic transporter has been damaged following a bird strike while operating at Getafe Air Base, Spain on June 24th 2020.

The bird struck the side of the aircraft mid-flight, causing a giant hole in the military plane just under the cockpit. 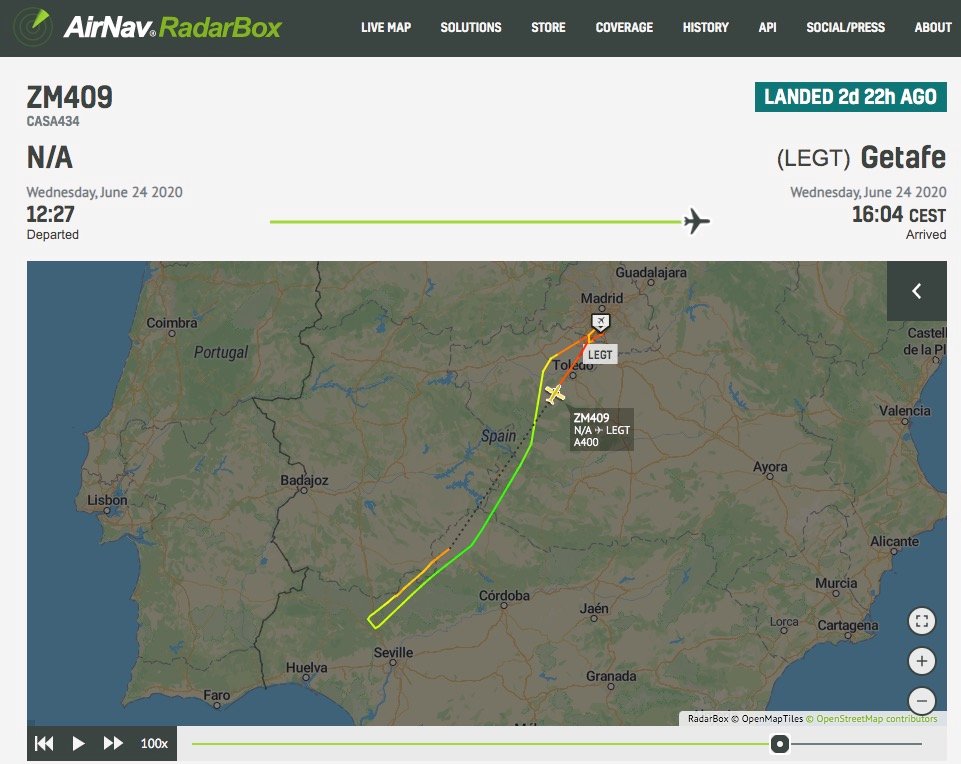 Feathers from the bird could be seen both inside and outside of the flight-deck – with blood splatters seen near internal cables. 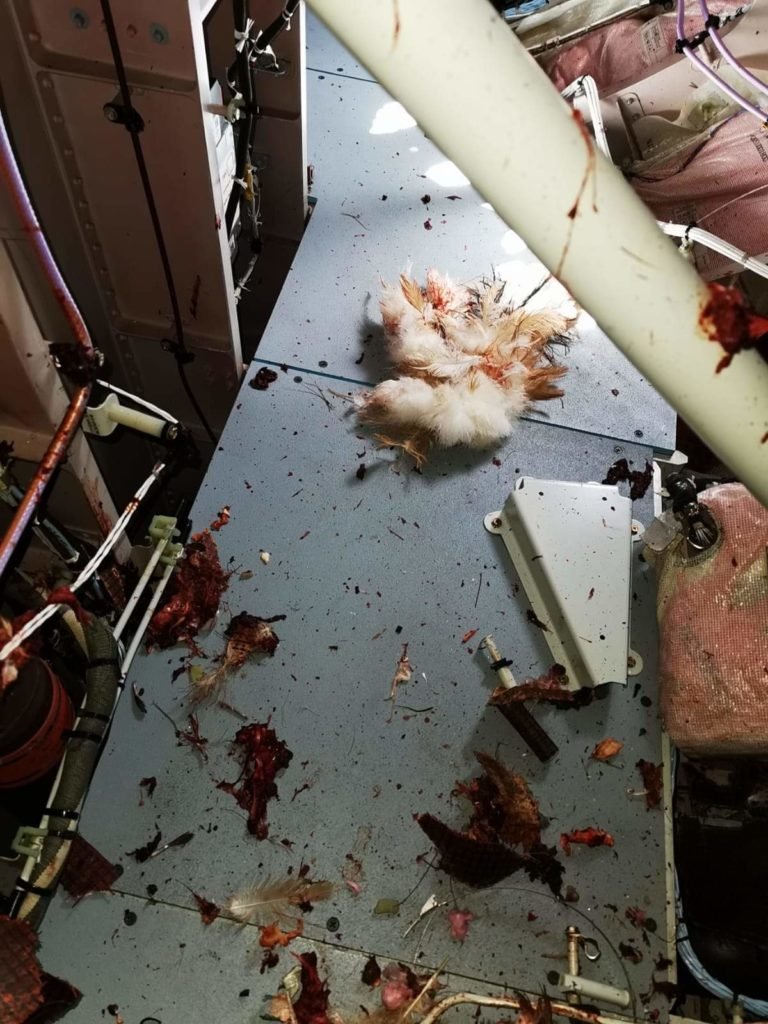 The Airbus A400M Atlas is specifically designed for military transport and is used in German, French and Spanish Air Forces. Its operations include cargo and troop transport, as well as medical evaluation transport. 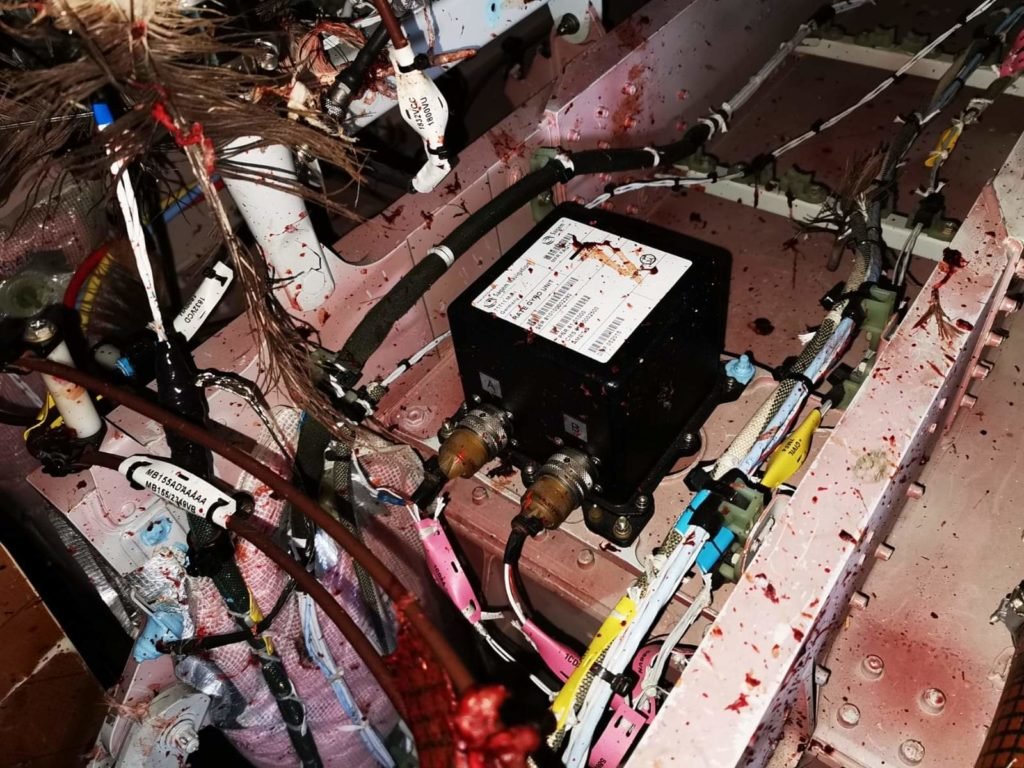 The A400M boasts four-engines and has been part of the RAF since 2014.

Similar incident on a Spanish Air Force A400M damaged following a bird strike while operating at Zaragoza Air Base, Spain in May 2020.

A French Air Force AlphaJet made an emergency landing at La Rochelle Airport after a bird strike
June 19, 2020
LATEST NEWS
OUR STORE
Go to Top
This site uses cookies: Find out more.