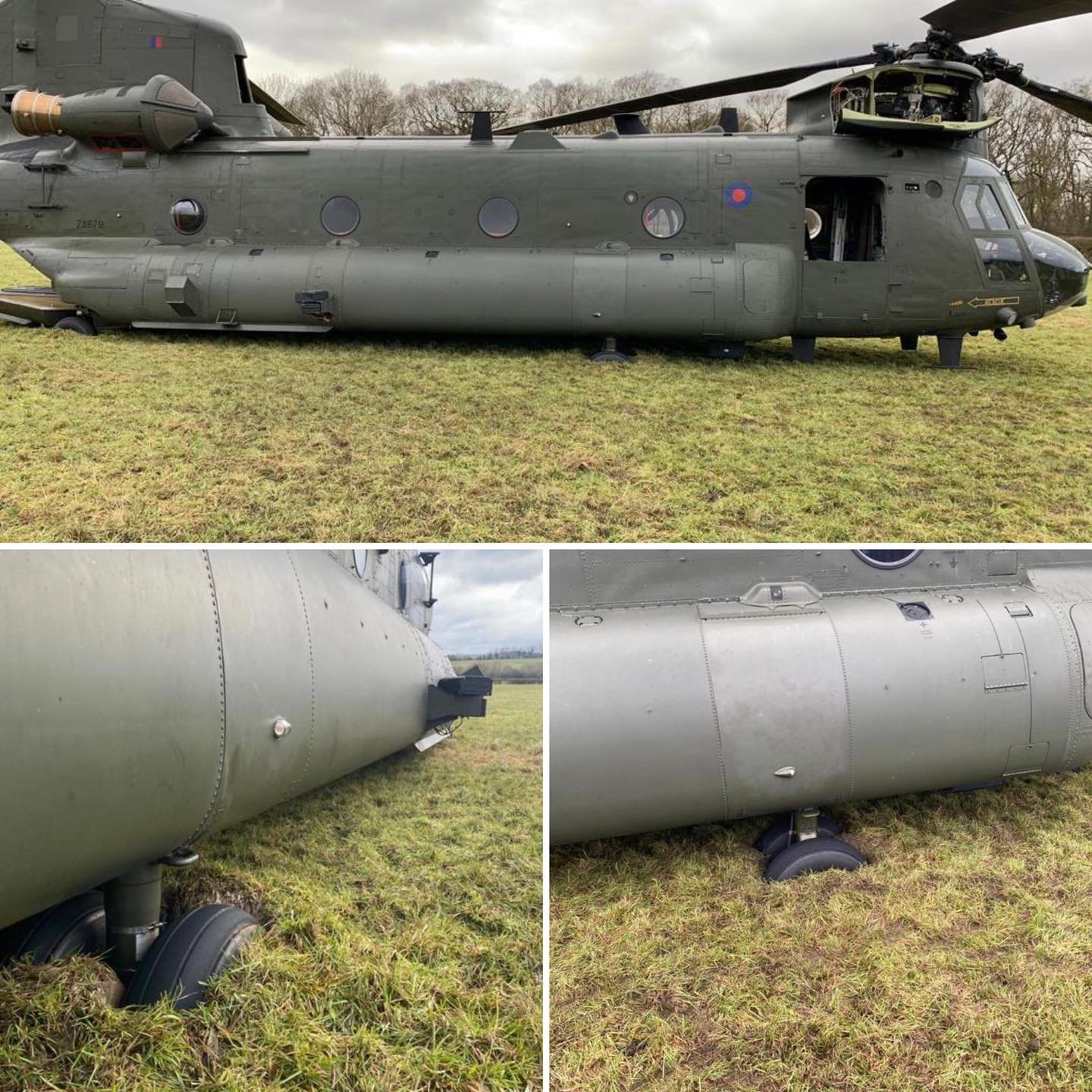 On Tuesday, a Chinook from 28 Squadron based at RAF Benson made a precautionary landing in a field near Wantage following a mechanical issue.

The aircraft soon sank into the field, likely due to the extended period of wet weather that UK experienced recently.

RAF engineers deployed to the site to assess the mechanical issue and this has now been fixed; however, the extremely soft ground has made the recovery of the Chinook to RAF Benson very difficult.

A tri-Service team of specialists is working to extract the aircraft from the mud. While it was hoped that it could simply be dug out and then flown home, the risk of damage to the aircraft from this course of action has been assessed as significant and alternative options are being explored, including potentially lifting it from the mud with a crane.

The RAF is hoping to have the aircraft home by the end of the week.