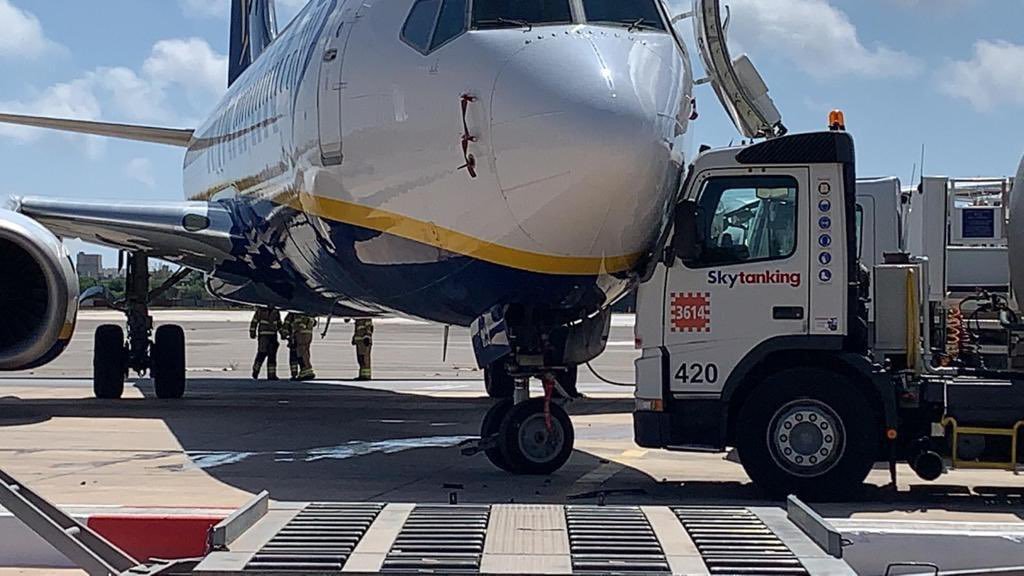 A Ryanair Boeing 737 hit three SkyTanking bowsers parked at the apron’s side while being towed at Malta International Airport.

The incident took place after a towbar snapped while the aircraft was being towed. The aircraft ended up crashing into the fuel tankers, causing fuel to leak.

“Malta International Airport can confirm that an incident involving an aircraft being towed occurred earlier today, at 11:29 AM. No passengers were onboard the aircraft in question, and no injuries have been reported due to this incident.”

Earlier on Friday at Malta airport: "A @Boeing 737-800 @Ryanair was being towed. Tow bar broke and aircraft rolled into fuel tanker. Three were hit.” Photos & info from a friend. @JacdecNew @AviationSafety pic.twitter.com/hhEXa9jOkv

The airport’s Rescue and Fire Fighting team and the Maltese Bureau of Air Accident Investigation team were dispatched to the scene immediately.

The aerodrome was temporarily closed after the incident and reopened again to flight operations at 12:20 PM.