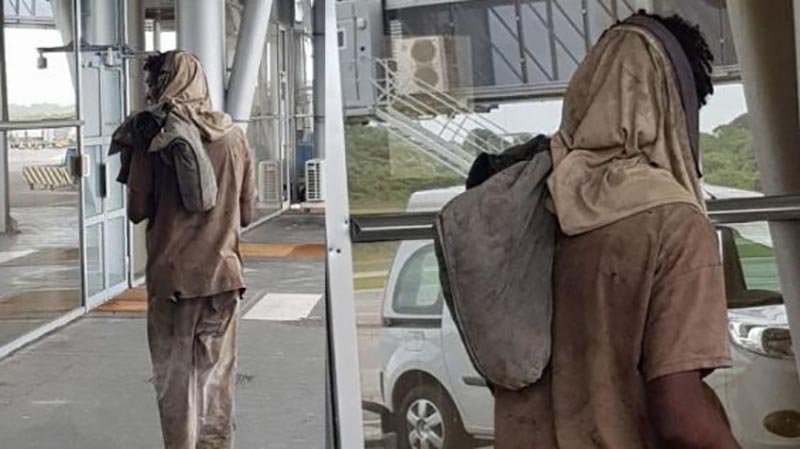 Saturday, April 14, a stowaway survived hidden inside the landing gear of the plane from Guadeloupe to Guyana.

The circumstances are still not clear but a man was able to reach an Air France aircraft at Pointe à Pitre International Airport.

The stowaway entered the landing gear compartment before the aircraft took off to Félix Eboué airport in Cayenne before being discovered. He had to face very low temperature as the aircraft was cruising at 30,000 ft.

An investigation by the Air Force Gendarmerie Brigade (BGTA) is underway.

During flight at altitudes above approximately 8,000 ft, hypothermia becomes a risk and reduced atmospheric pressure and partial pressure of oxygen may impair physiological processes.

At all cruising altitudes of jet aircraft, the partial pressure of oxygen in a wheel well is below that required to support brain consciousness. At altitudes above 20,000 ft, stowaways may also develop decompression sickness and nitrogen gas embolism. Temperatures also decrease with altitude, and may drop as low as −63 °C.