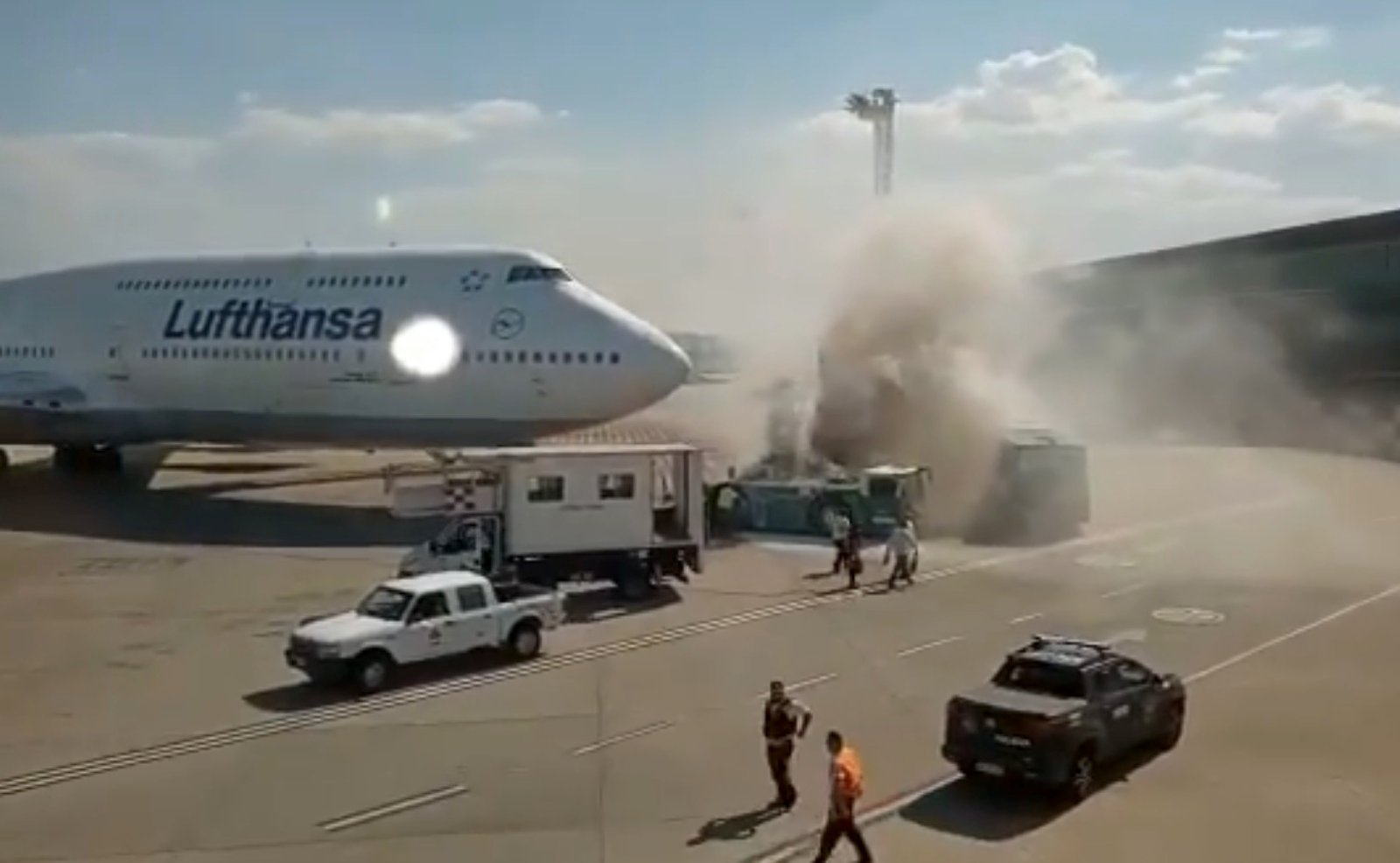 A Lufthansa Boeing 747-8 made a lucky escape from a tug fire near the aircraft at Ezeiza Airport in Argentina.

The Boeing 747-8 was preparing to perform Lufthansa flight #LH511 from Ezeiza (EZE/SAEZ) to Frankfurt (FRA/EDDF) when the tug caught fire.

The aircraft (reg. D-ABYP) didn’t suffer damages but the flight has been delayed 1h30. 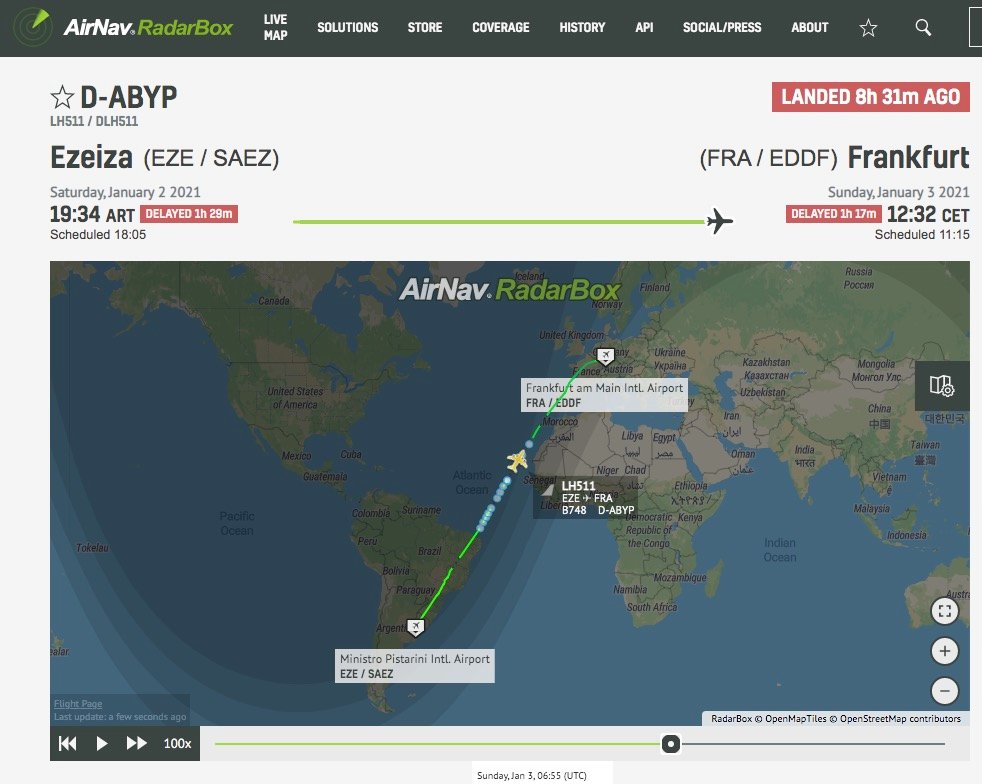 The flight arrived Sunday at 12:32 in Frankfurt.