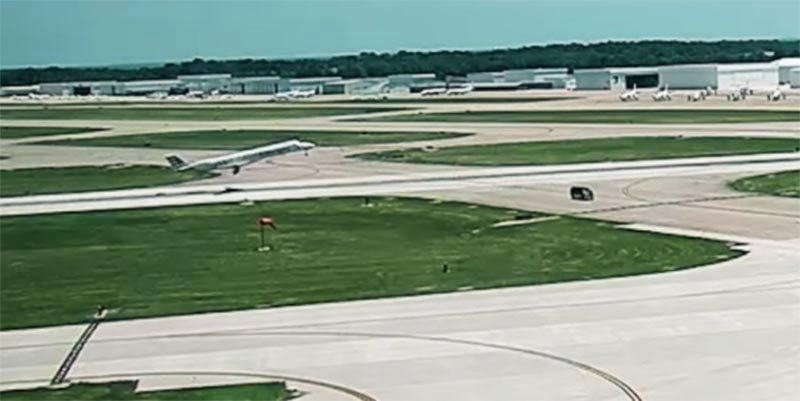 On Wednesday June 27, 2018, about 12:51 central daylight time, a runway incursion occurred at Springfield-Branson National Airport, Springfield, Missouri when an airport operations vehicle (“VAN 7”) crossed runway 14 while an Embraer 145, operated by Envoy Air as flight ENY 3660, was on its takeoff roll with 57 passengers aboard.

This video reveals the circumstances surrounding the incursion, and the audio (courtesy of LiveATC.net) appears to unambiguously pin this incident squarely on the shoulders of the ground controller.

Nonetheless, it should be noted that even with the ground controller’s serious error, the swiss cheese model of accident causation is in full force here. Based on the van driver’s written statement, in his rush to make the ARFF BBQ he did not follow his normal practice of visually “clearing” every runway crossing on his own.

Furthermore, had the driver not been in a hurry it is likely that no runways would have been crossed to begin with.

The Envoy Air 3660 in this incident was being operated under the provisions of 14 Code of Federal Regulations (CFR) Part 121.

There was no damage to the aircraft or vehicle, and no injuries were reported. As is obvious from the video, visual meteorological conditions prevailed at the time of the incursion.