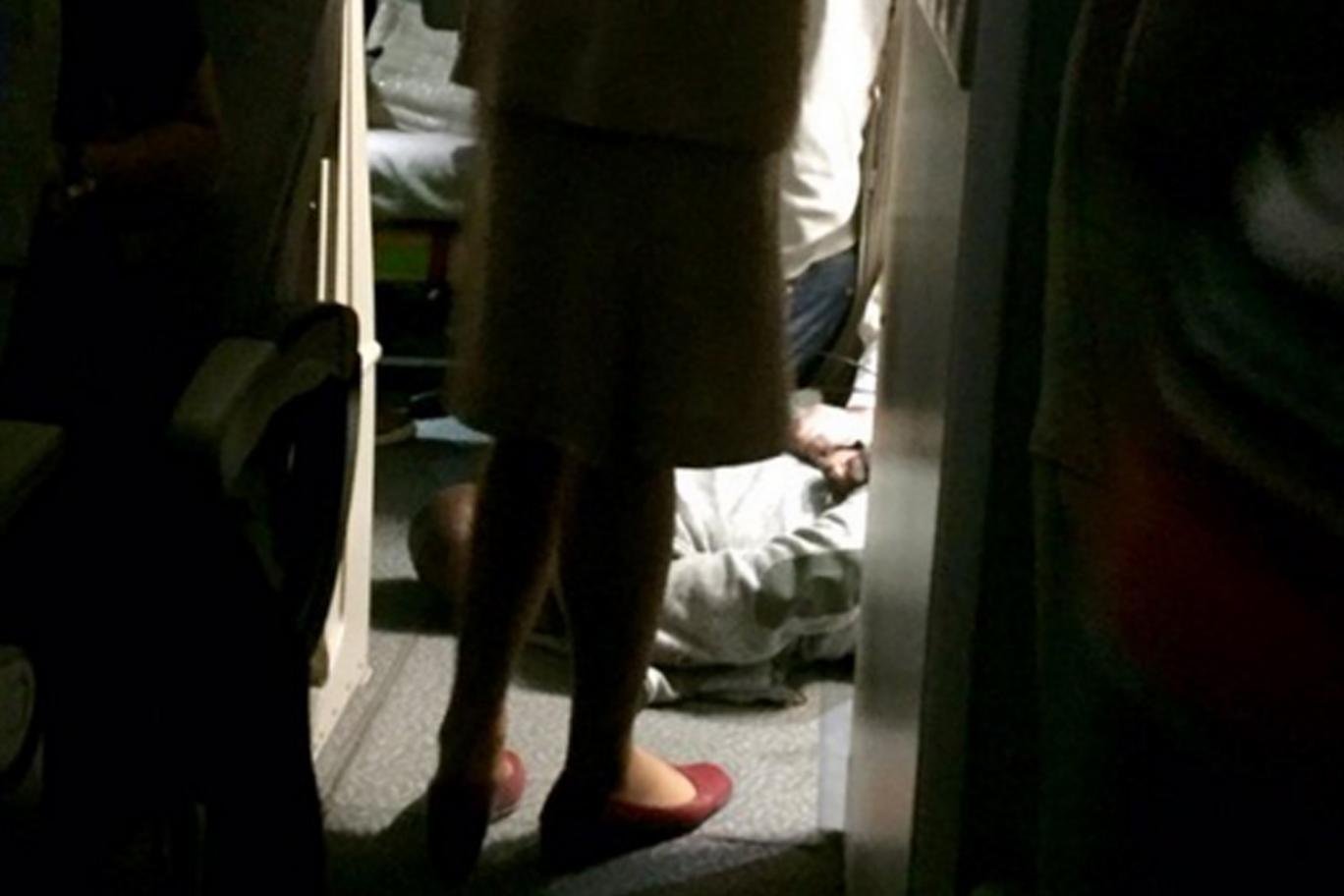 A ‘violent’ passenger on board flight Emirates EK5 from Dubai to Heathrow was restrained by four cabin crew after allegedly launching a terrifying mid-air attack on staff.

The man was forced to the floor before being tied up on the Heathrow-bound Airbus A380 when he allegedly began assaulting crew members in a fit of rage.

Witnesses said three were attacked before he headbutted a fourth.

He was held for two and a half hours before police “swarmed” the Emirates aeroplane when it landed and arrested the suspect.