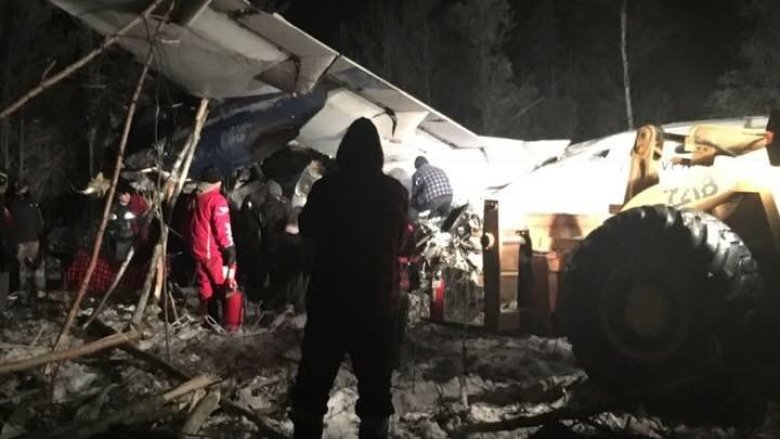 The turbo prop aircraft took off from the airport at around 6:15pm local time, headed to Stony Rapids.

There were 22 passengers and three crew members (two pilots and one flight attendant) on board, many of them suffered injuries, some serious, but no fatalities have been reported.

All 25 passengers on board the West Wind Aviation flight “have been accounted for and removed from the scene of the crash”, the RCMP said late Wednesday.

“There was no explosion or fire. A number of people have suffered injuries, some serious enough to require air ambulance services”, the release said.

The aircraft was found less than a kilometer away from the runway.

Fond-du-Lac is a remote fly-in community of about 900 people in the northern part of the Saskatchewan province in Canada. The small town has only very little rescue capacities, the RCMP and Royal Canadian Air Force responded to this accident and provided assistance.

RCMP officers are responding to a plane crash in northern Saskatchewan – to bring aid and comfort to passengers + crew. (1/2)

“At this time the cause of the accident is unknown and the Transportation Safety Board has been advised,” Rick Philipenko, the chief financial officer of Saskatoon-based West Wind Aviation, said in a news release.