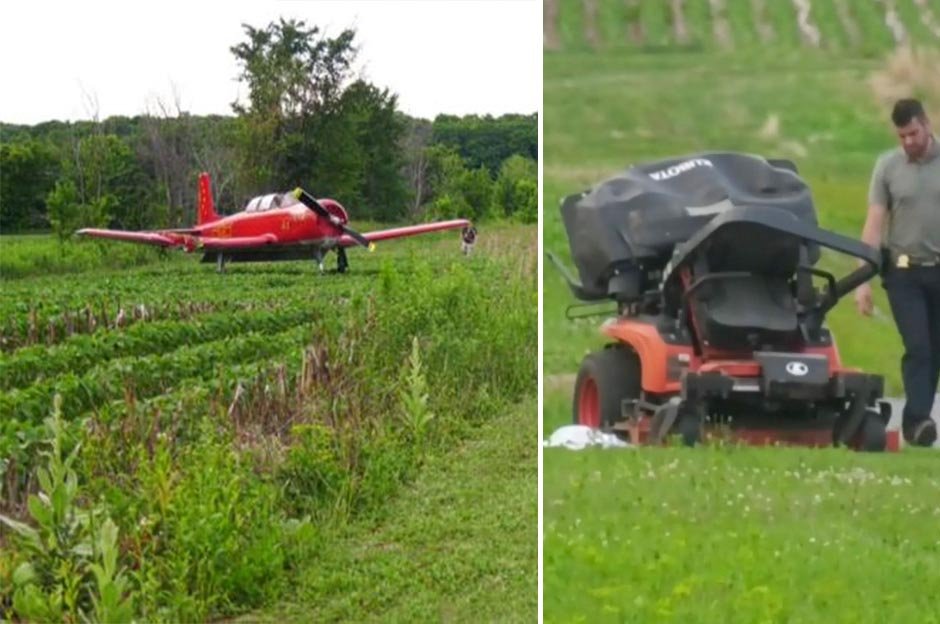 A woman mowing the grass at a small airfield in Quebec died after she was hit by a plane as it came in for a landing, authorities say.

The 27-year-old woman, who has not been identified, was operating a tractor on Monday near the runway at the Saint-Esprit airfield in Quebec, about 37 miles (60 km) north of Montreal.

The small airfield is used by private aircraft and that a skydiving company also operates there. The pilot was in his own plane, he said.

The Transportation Safety Board of Canada (TSB) is investigating the incident and a team has interviewed witnesses, examined the aircraft and the tractor and collected other evidence at the site on Monday.

The plane was a single-engine Nanchang CJ-6 — a Chinese-built training plane that is usually flown by private pilots in Canada.