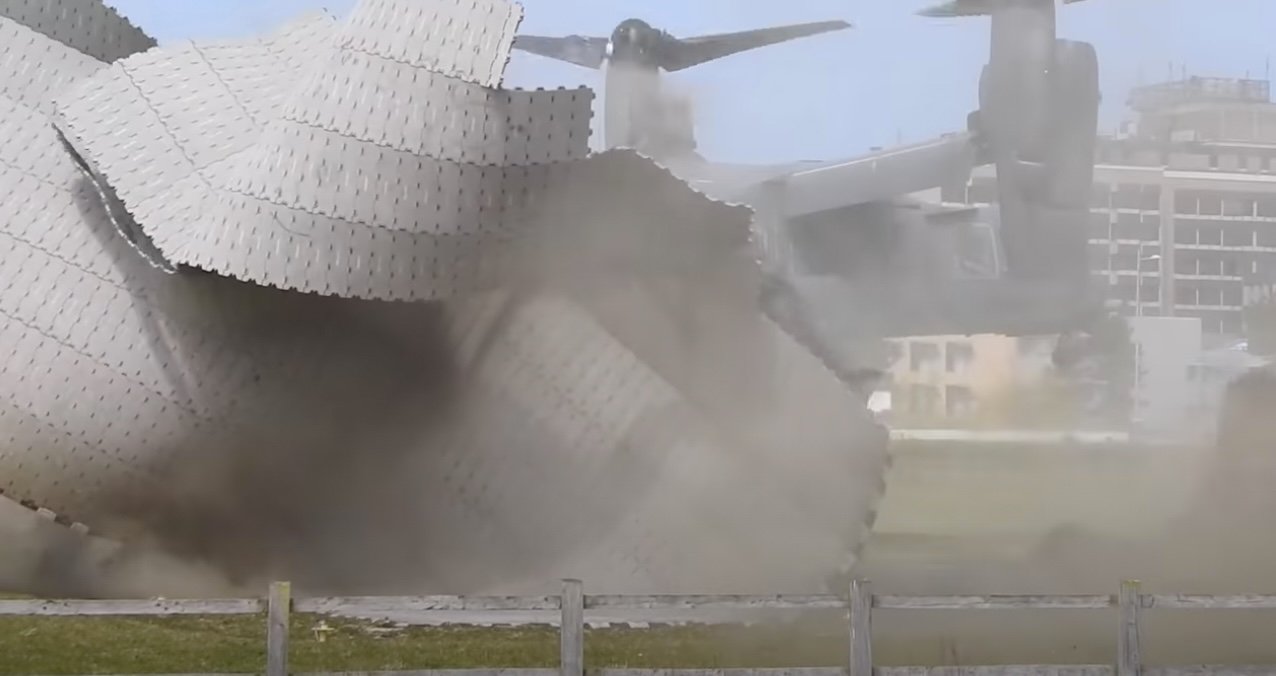 A hospital’s helipad has temporarily closed after it was badly damaged by the draught from a departing aircraft.

The structure at Addenbrooke’s in Cambridge was thrown into the air as the USAF CV22 Osprey took off on Wednesday. Its crew had been taking part in medical transfer training.

The East Anglian and Magpas air ambulances have been diverted to nearby Cambridge City Airport while repairs take place.

A hospital spokeswoman said: “Patients are then transferred to the hospital in road ambulances with critical care staff on board, meaning we can continue to see and treat them as normal.”