ALERT After U.S. strike against the leader of ISIS, a Black Hawk has been destroyed by an air strike following malfunction 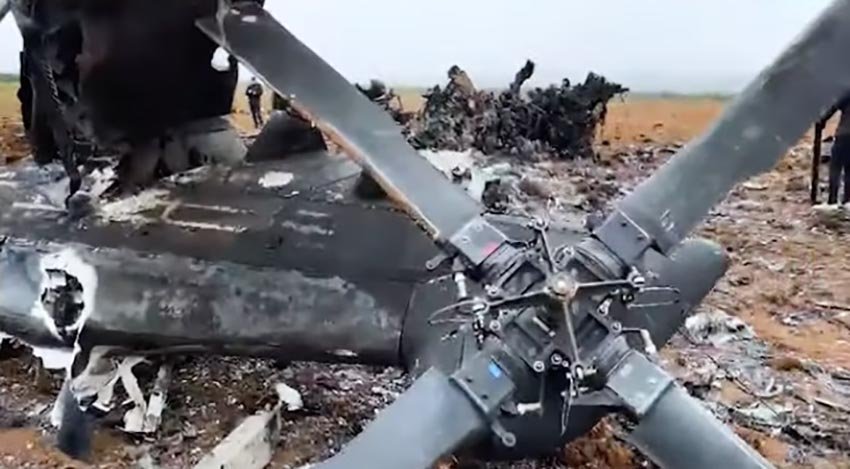 A U.S. special forces counter-terrorism to conduct a raid in northwest Syria on Thursday targeted the leader of ISIS.

U.S. Special Operations forces successfully carried out a counter-terrorism mission in northwest Syria on Thursday, the Pentagon said, adding there were no U.S. casualties but gave no further details.

Residents of the northwest Syrian town of Atmeh and rebels fighting the Syrian government earlier reported several civilian casualties in the two-hour operation, saying the raid was believed to have targeted a suspected al Qaeda-affiliated jihadist.

Video footage from the outskirts of Atmeh (Idlib), where a US helicopter (UH-60/MH-60) was destroyed by an airstrike. The cause of the US helicopter loss is a technical malfunction.

Statement by President Joe Biden
Last night at my direction, U.S. military forces in the northwest Syria successfully undertook a counterterrorism operation to protect the American people and our Allies, and make the world a safer place. Thanks to the skill and bravery of our Armed Forces, we have taken off the battlefield Abu Ibrahim al-Hashimi al-Qurayshi—the leader of ISIS. All Americans have returned safely from the operation. I will deliver remarks to the American people later this morning. May God protect our troops.