Air Algerie flight #AH2700 from Algiers to Montreal was forced to divert to Toulouse (France) on Saturday Jan, 29 after a passenger died on board. 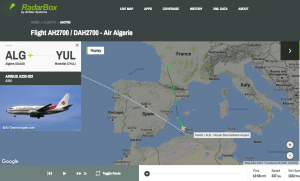 The 67 year old passenger suffered a cardiac arrest during the beginning of the flight. The plane with 178 passengers on board diverted to Toulouse in France after 1 hour flight.

The The Airbus A330-200 (reg.7T-VJB) was met by emergency services after landing.

“The man was 67 years old and was traveling alone. His family was notified. He died of cardiac arrest” says Air Algérie.