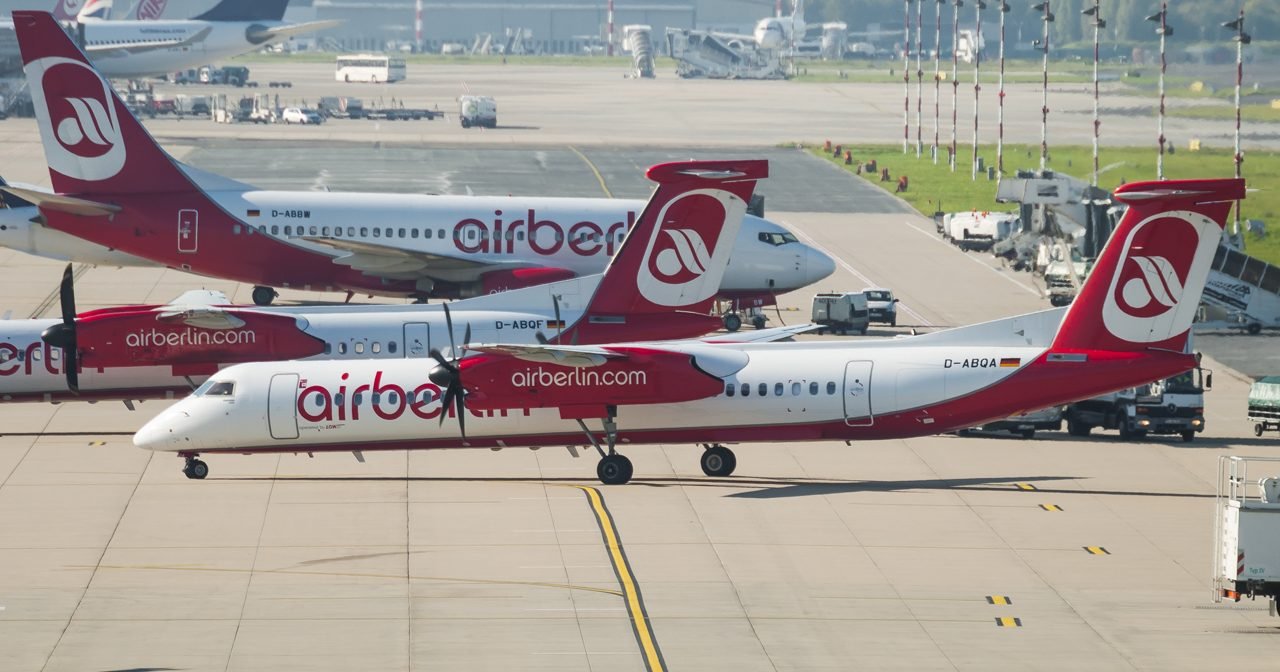 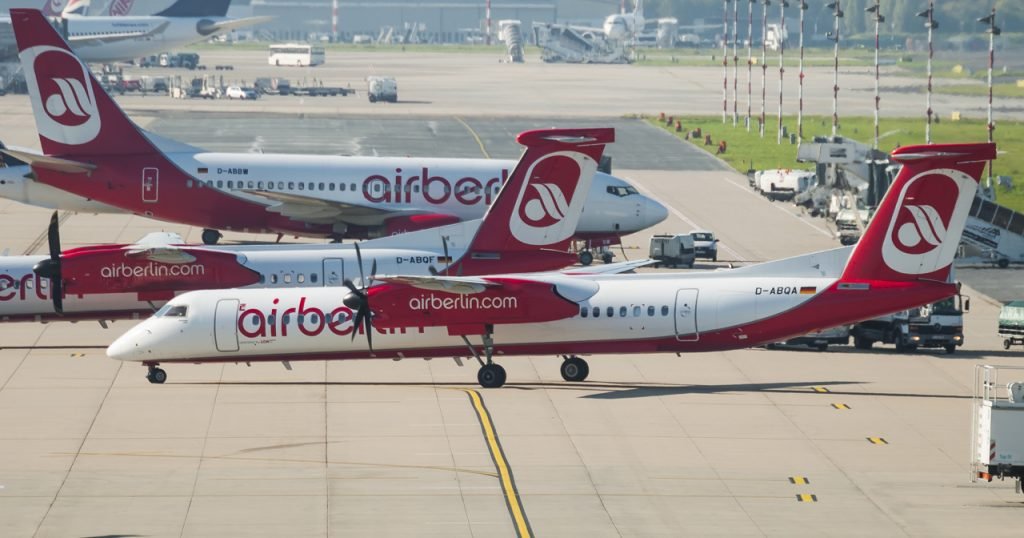 LGW used to operate flights for its insolvent parent company Air Berlin, but Air Berlin has ended operations under its own callsign on October 27th.

The regional carrier LGW has a fleet of 20 Bombardier Dash 8 Q400 (some of them less than one year old), all in the – now historic – red-white livery.

On October 12th, it was announced that Lufthansa Group will take over 81 of Air Berlin Group’s 124 aircraft. These 81 airplanes include the full fleets of subsidiary airlines LGW and Niki.

Lufthansa plans to fully integrate LGW and Niki into its low-cost airline Eurowings. But there is one problem, which will delay these plans by a few months: antitrust regulations.

As long as Lufthansa doesn’t get the authorization regarding antitrust law, the German flag-carrier will not be able to take over almost two thirds of Air Berlin.

Now that LGW isn’t operating flights for its former parent company anymore, the airline will use its Dash fleet on Eurowings routes to and from Düsseldorf airport, starting Wednesday, November 1st. The destinations will include London Heathrow (Europe’s busiest airport), Paris Charles de Gaulles, as well as other major European hubs.

An incomplete list of LGW’s outbound Dash flights for Eurowings:

Flight/Aircraft changes possible. We will add more flights to this list over time.

After Air Berlin has ended operations on 27OCT, most of LGW’s Dash fleet (which was mainly based at DUS and TXL) was brought to Düsseldorf Airport for temporary storage.

Eurowings will start flying LGW’s Dash fleet under its own name and livery from January 2018. The first four routes (starting 15JAN) are:

On October 30th, LGW operated a one-time Dash flight for Eurowings from Stuttgart to Hannover and back.

Air Berlin’s other subsidiary airline ‘Niki’ will start operating some flights for Eurowings from November 1st as well, using Airbus A321 aircraft.