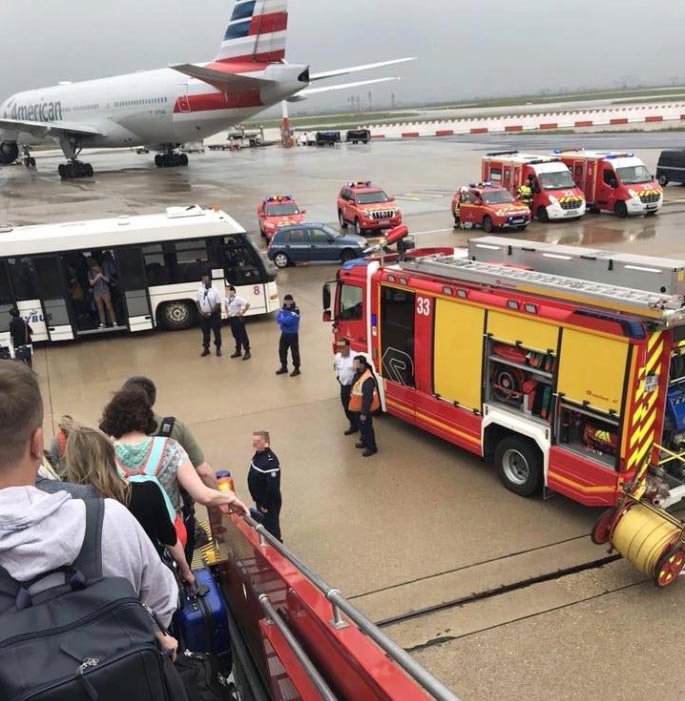 An Air Canada aircraft has been evacuated at Paris CDG Airport due to fire.

Yesterday, passagers of Air Canada flight #AC881 to Toronto have been evacuated on the Tarmac of Paris Charles de Gaulle Airport.

According to sources, the Boeing 777 (reg. C-FIVQ) suffered an APU fire. 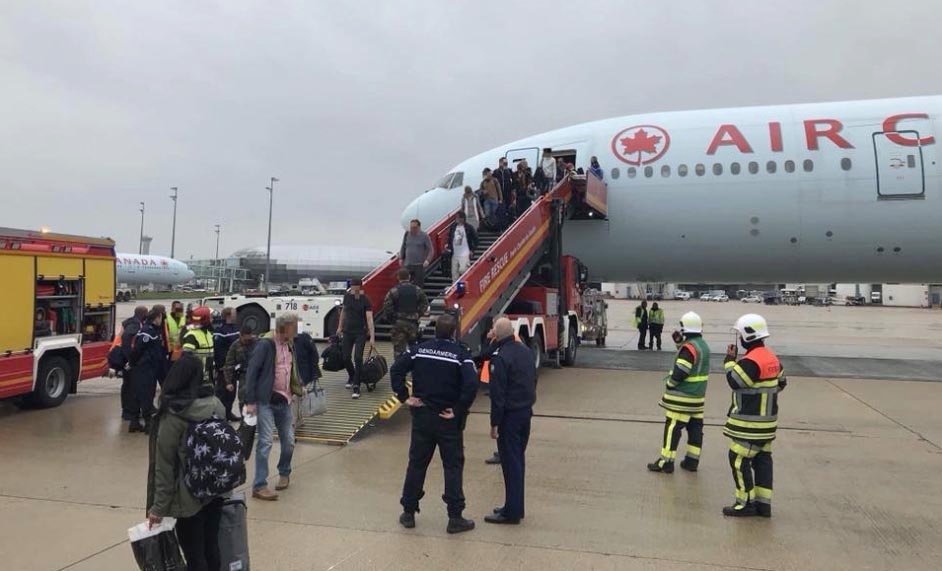 An auxiliary power unit (APU) is a device on a plane that provides energy for functions other than propulsion. Aircraft APUs generally produce 115 V alternating current (AC) at 400 Hz (rather than 50/60 Hz in mains supply), to run the electrical systems of the aircraft.