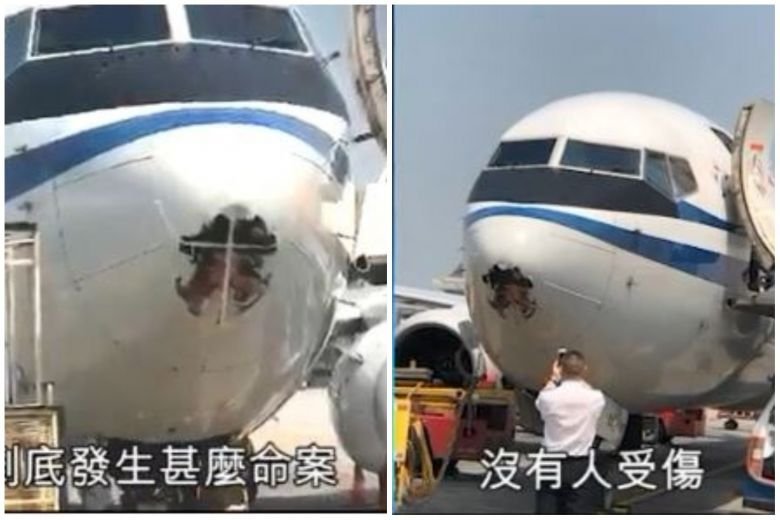 A large hole (1x1m) in the nose cone was discovered after an Air China Boeing 737-800 it landed in Hong Kong from on Thursday March 22.

Air China said in a statement on its Weibo page that the plane had been hit by a bird while on its journey from Tianjin city in north-east China to Hong Kong. 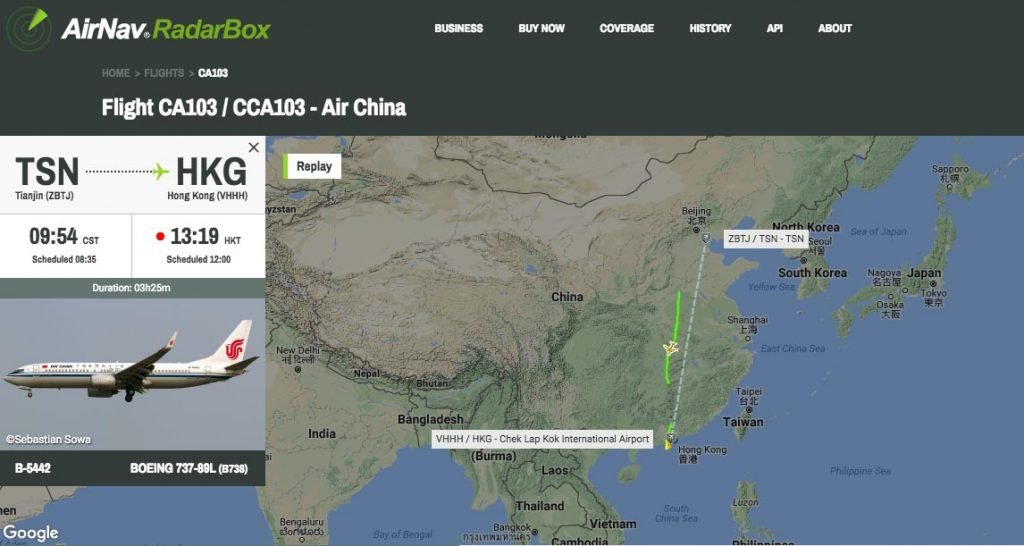 The airline said the plane landed safely at 1.15pm, with all flight systems normal. The damage was discovered only after landing, and no one on the plane was hit.

It is unclear when exactly during the flight the bird struck the nose of Boeing 737-800 (reg. B-5442), but photos and videos of the aftermath show what appears to be blood stains streaked on the front of the plane.