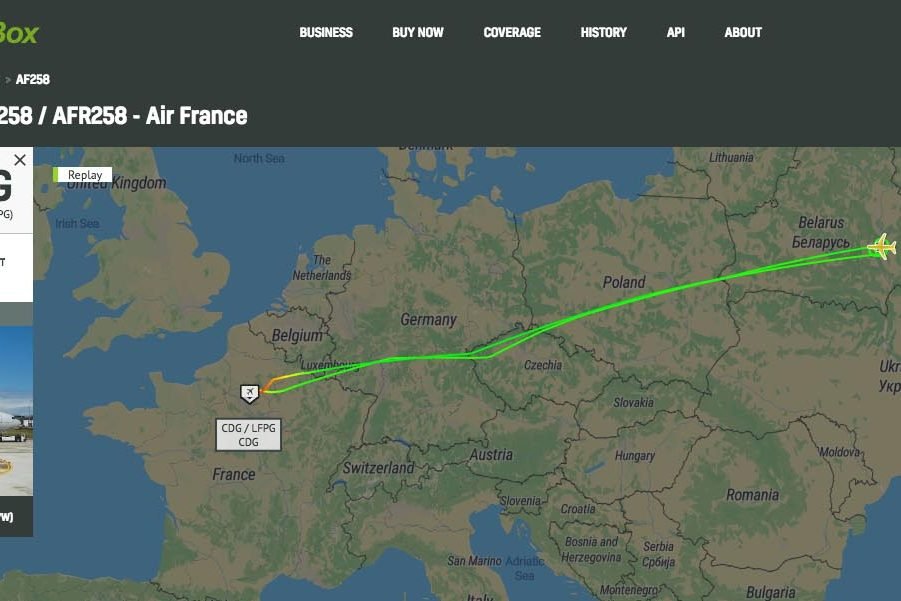 Air France flight #AF258 from Paris to Ho Chi Minh City made a U-turn over Belarus.

Air France flight #AF258 from Paris CDG to Ho Chi Minh City was 2 hours into flight, over Belarus when Russia didn’t give clearance for entry into Russian airspace.

The Boeing 777-300ER circled Belarus for over 30 minutes at 32,000 feet before decision was took to return to France. The captain told the passenger that flight #AF258 was going to return to Paris.

Air France tells the problem could be related to system deposal of flight plan for winter schedule.

INCIDENT A Gulfstream IV’s vertical stabilizer was seriously damaged by a Thai Airways A330-300
March 10, 2020