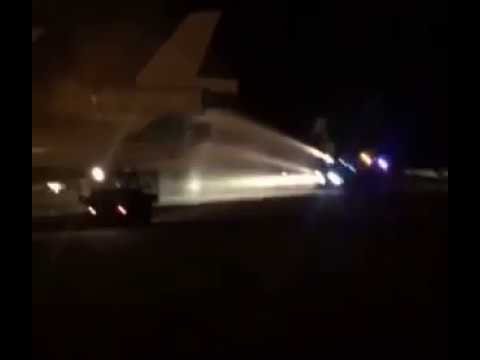 The plane was about to being pushed back to Lusaka Intl in Zambia. Pilots started the APU and there was a big blow noise, sparks then a huge flame from the tail to the ground.

The flight crew triggered the APU fire extinguisher and the fire stopped, but a few seconds later another flame came out and fire trucks rushed to the scene to extinguish the fire from the APU.

An auxiliary power unit (APU) are commonly found on large aircraft to run the electrical systems of the aircraft and to provide power to start the main engines.