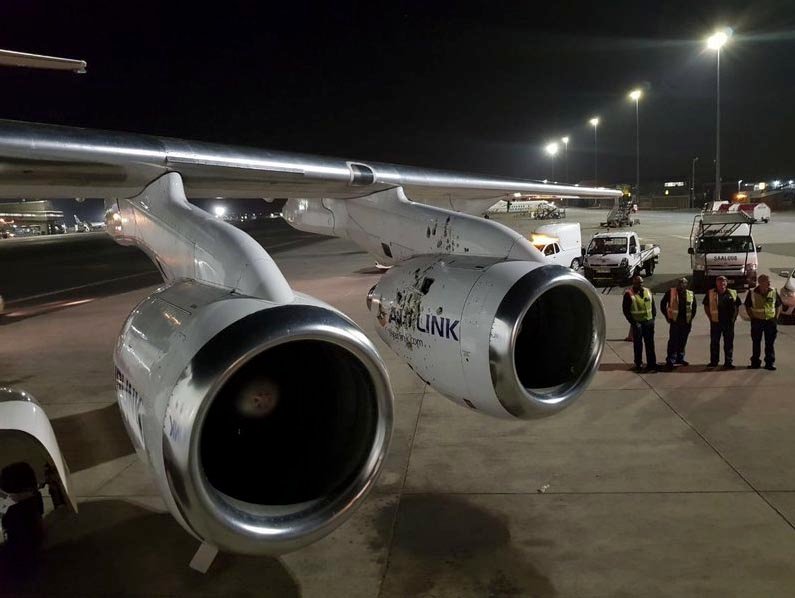 Airlink Avro RJ-85 airliner operating flight #SA8103 from Harare to Johannesburg was involved in an event which resulted in it making an emergency landing at O.R. Tambo International Airport shortly after 20.40 local time on Wednesday 8 November.

While en route one of the four engines suffered an uncontained failure which then caused damage to its adjacent engine. Upon assessing the damage and status of the aircraft, the crew elected to continue to Johannesburg where it landed safely under the power of its remaining two engines.

All 34 passengers and the four crew members are safe and unharmed.

Airlink has notified the South African Civil Aviation Authority, which will launch an investigation into the event in order to determine its likely cause.