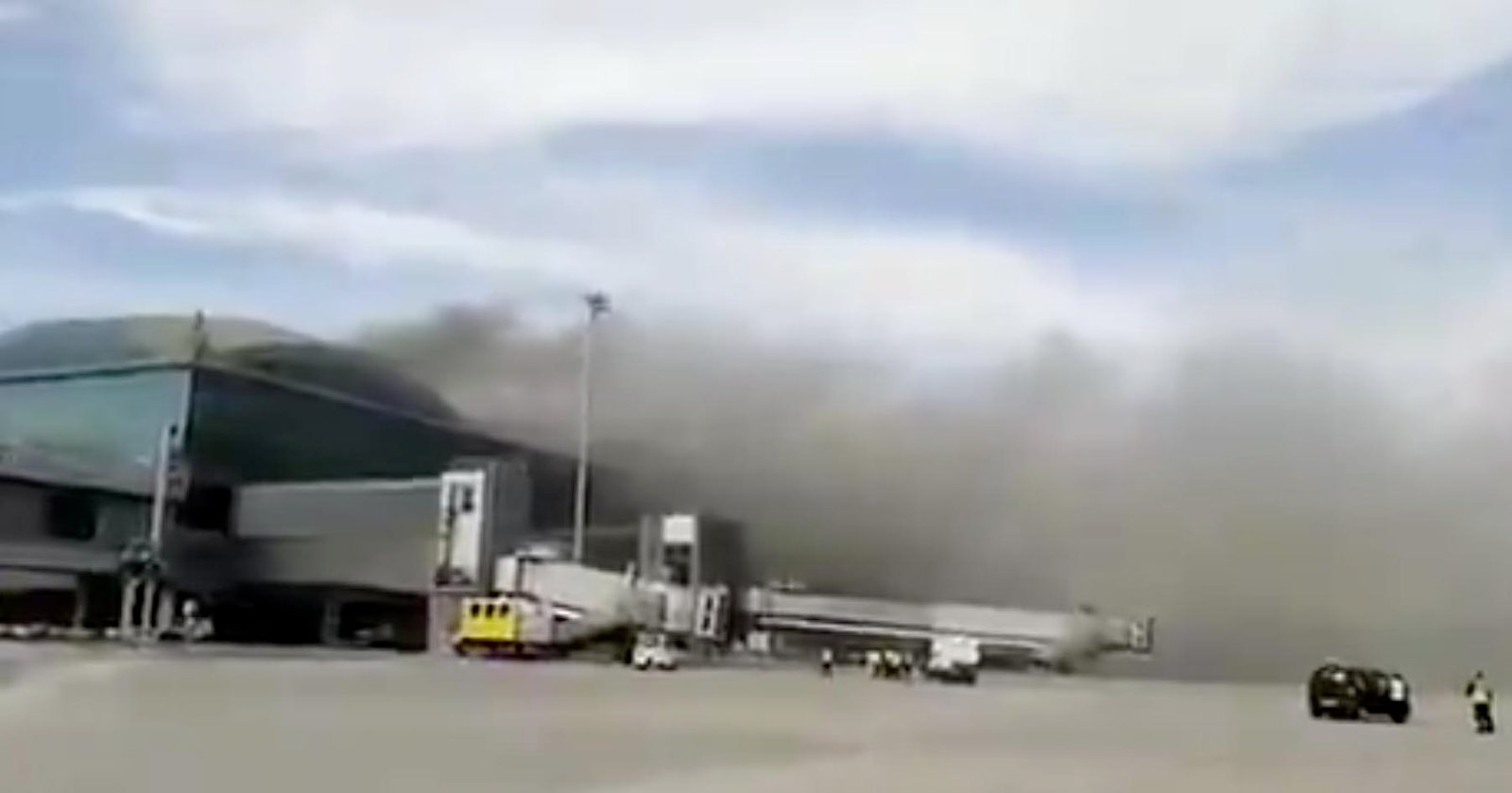 A large fire caused planes to be evacuated and flights to be diverted at Alicante Airport.

Pictures showed clouds of smoke covering Alicante Airport in southeastern Spain where a fire raged for more than half an hour.

Buildings were evacuated and travellers are still facing severe delays to their journeys as as of 3.30pm as planes are reportedly unable to land.

Firefighters are still at the airport but no injuries are being reported.

Local reports say the blaze broke out in offices near the departures area in the terminal building at 1.30pm local time.

A spokesman said at 3.45pm local time: “The fire at Alicante-Elche Airport is under control.”