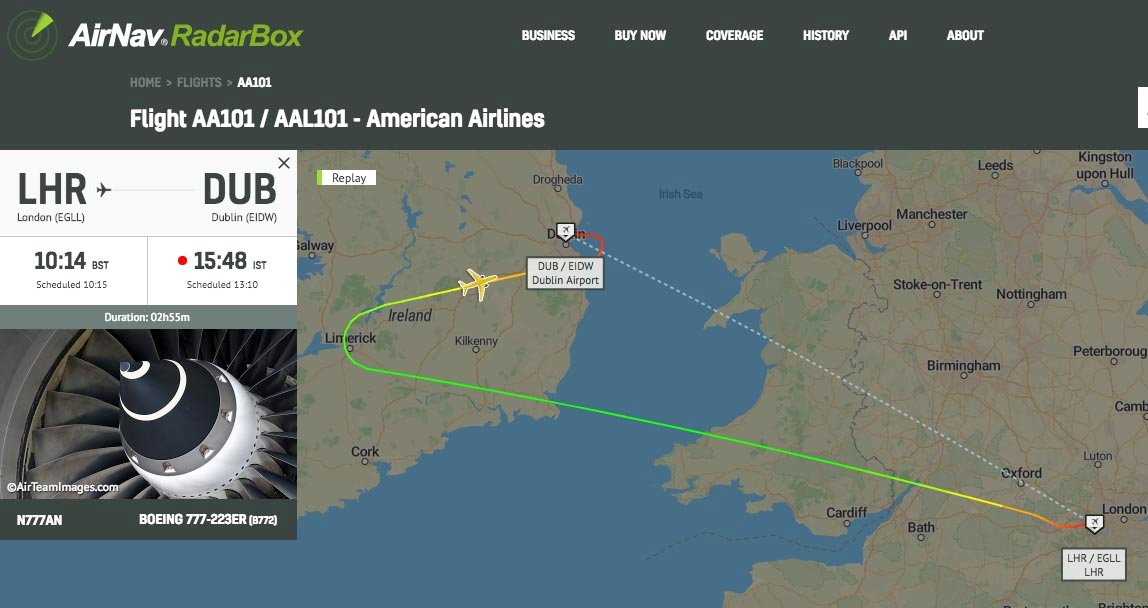 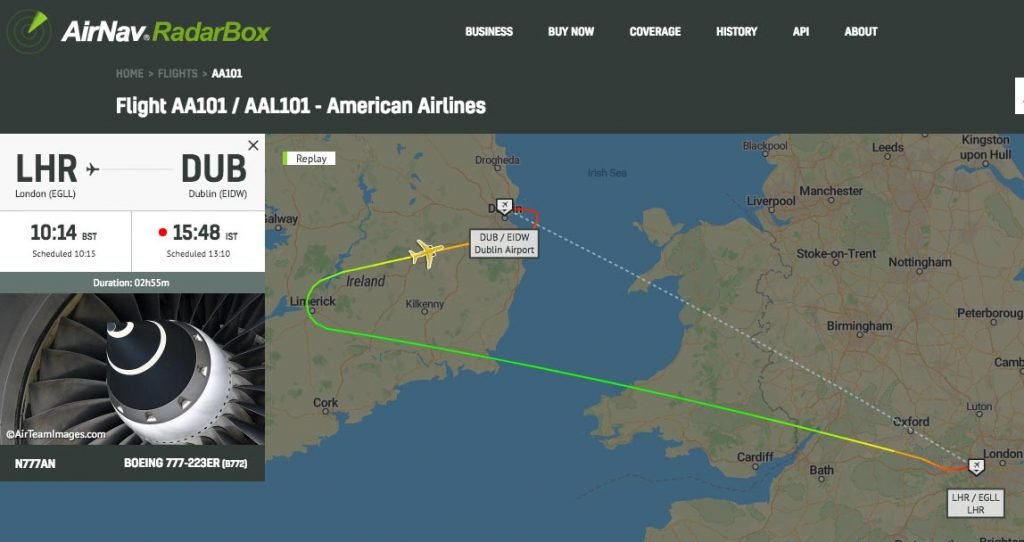 The Boeing 777-200 with 206 passengers and a crew of 13 on board was passing overhead Ireland when the crew opted to divert to Dublin Airport.

The crew advised air traffic controllers that they needed to divert as they had a “fire in the left engine”.

The flight commenced its descent and rerouted to Dublin where the airport’s fire and medical services had been placed on standby. The aircraft landed safely at 11.47am.

After vacating the runway and coming to a stop on a taxiway, fire crews approached the engine and used thermal imaging equipment to check for any sign of fire.