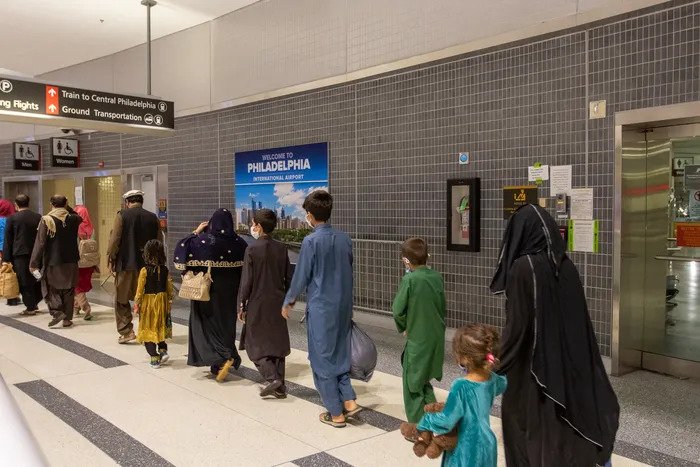 A 9-month-old girl aboard an Afghanistan evacuation flight died soon after the plane landed in Philadelphia on Wednesday night, according to city police.

Investigators said the baby girl suffered a medical emergency on a Philadelphia-bound flight that was carrying Afghan evacuees. When the flight landed at Philadelphia International Airport at 9:16 p.m. Wednesday, the girl was unresponsive.

Medics took the baby from the airport to the Children’s Hospital of Philadelphia where she was pronounced dead at 10:10 p.m.

Officials have not yet determined a cause of death and both police and the Philadelphia Medical Examiner’s Office are investigating.

The baby girl was among the second wave of Afghan refugees on flights that landed in Philadelphia following an initial arrival over the weekend.

Philadelphia Mayor Jim Kenney said the refugees are given medical assistance and food from U.S. Customs at the airport. They then have some time to rest before taking buses to a military base in New Jersey. Eventually, Kenney said, they will settle at different locations in the United States, including potentially the Philadelphia region.