ALERT An AirAsia A320 skidded off the runway at Subang Airport, Malaysia 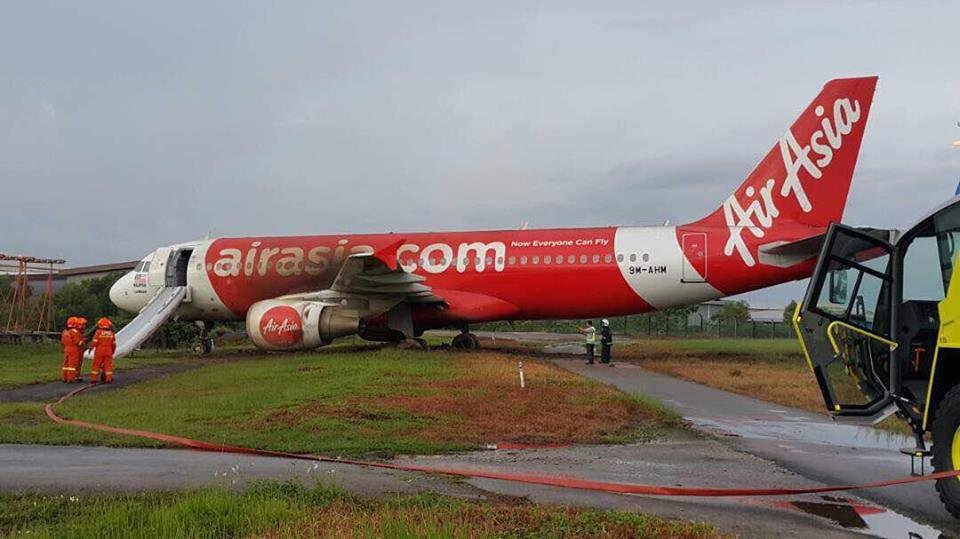 An AirAsia Airbus A320 skidded off runway 15 at Subang Airport, Malaysia during a training flight

The Airbus A320-216 with registration 9M-AHM was undergoing a training session, when it suffered a runway excursion at Subang’s Sultan Abdul Aziz Shah Airport (SZB) in Malaysia.

Four crew members and no passengers were on board the aircraft, the crew left the aircraft via an emergency slide. No injuries were reported.

Subang Airport is operating as normal, Malaysia Airports issued a statement saying “The airport team is currently working closely with the airline in facilitating the removal of the aircraft from the runway.”

Malaysia’s Department of Civil Aviation (DCA) is investigating the incident in cooperation with AirAsia.