Flight #AD2860 from Viracopos completed the landing safely and no one was injured. The return flight was cancelled. 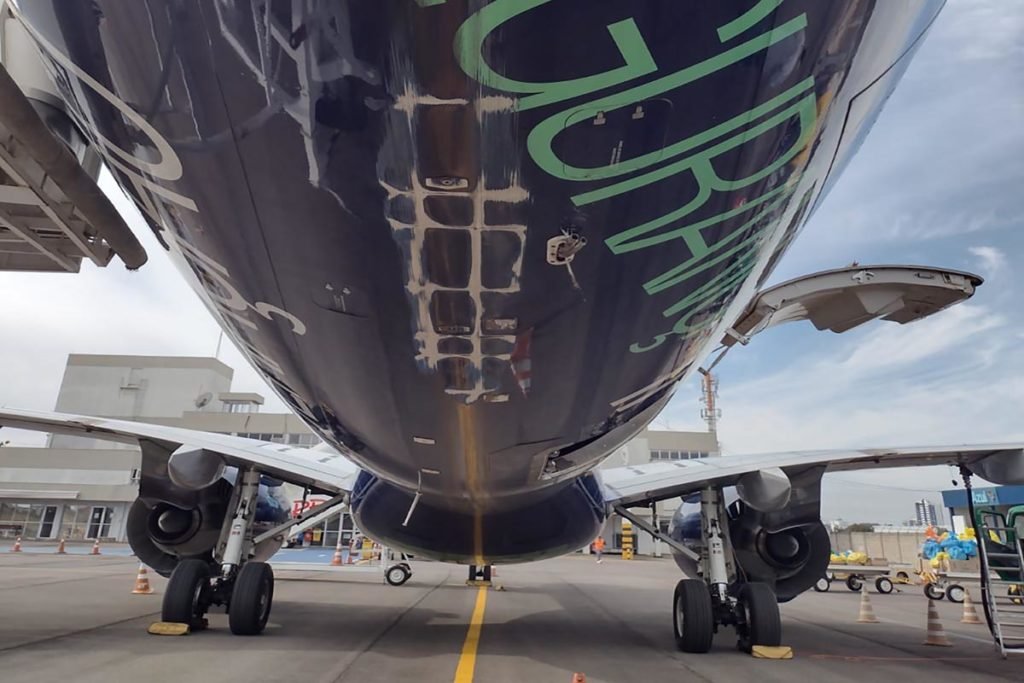 In aviation, a tailstrike or tail strike occurs when the tail or empennage of an aircraft strikes the ground in landing where the pilot raises the nose too sharply during final approach, often in attempting to land too near the runway threshold.

A minor tailstrike incident may not be dangerous in itself, but the aircraft may still be weakened and must be thoroughly inspected and repaired if a more disastrous accident is to be avoided later in its operating life.