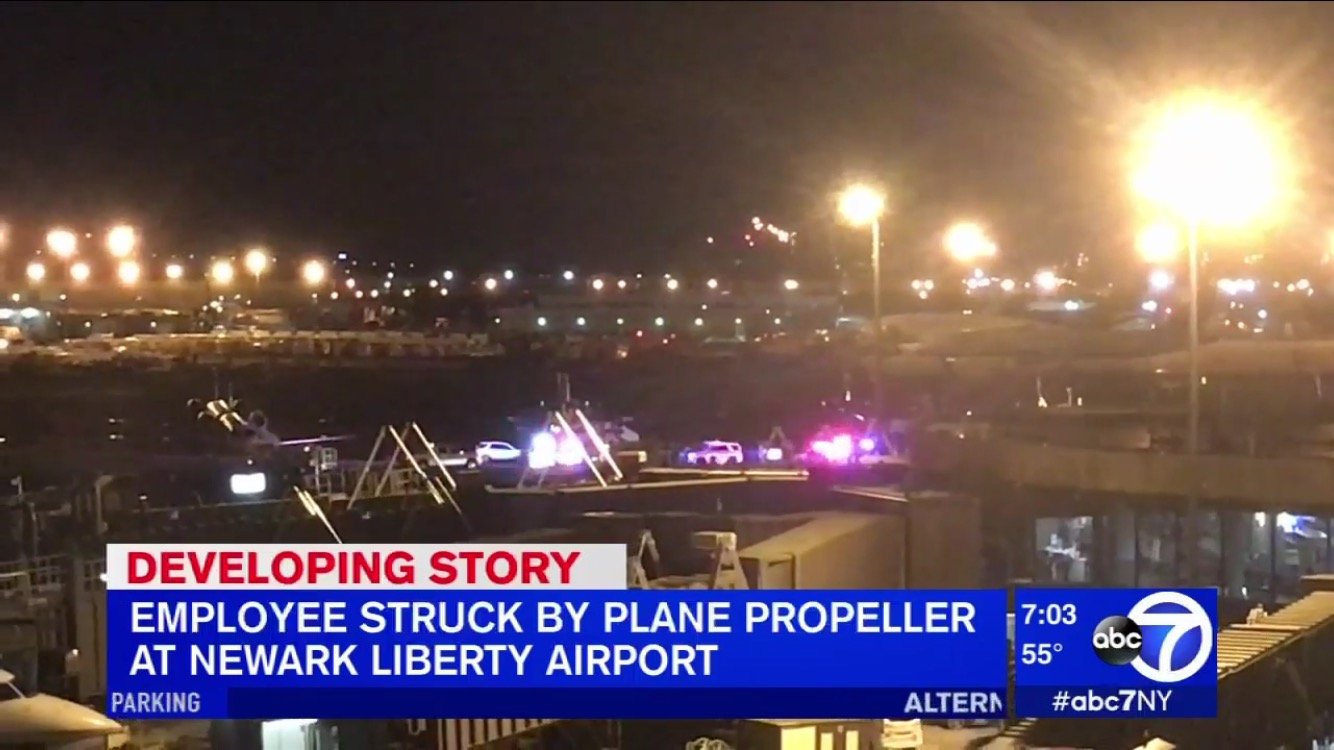 The accident happened at about 2:20 a.m. opposite Terminal A, according to Port Authority Police.

An airport worker was hospitalized after being hit with a plane propeller at Newark Liberty Airport early Saturday.

The victim, a 54-year-old resident of Orange, N.J., was struck by a CommutAir plane that was not on the runway at the time.

The injured woman, who works as a cleaner for a private company, suffered a head injury and was hospitalized in critical condition.